Statement from the White House on Equal Employment 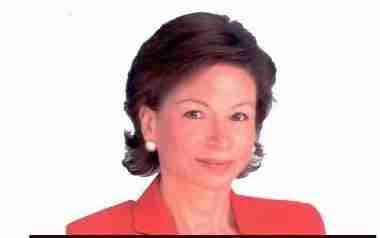 Here are two realities: everyone gets sick and everyone deserves equal pay for equal work.

Yet in many workplaces across our country, these truths are too often denied — with workers lacking access to even basic protections and benefits that should be staples of the American economy. Forty- one million Americans in the private sector do not have a single paid sick day, and an average woman only makes 80 cents on the dollar compared to the typical man. And it’s even less for women of color.

In order to build a 21st Century workplace that is globally competitive, employers need to adopt policies that reflect the values and priorities of the 21st Century worker. That means recognizing diversity as a strength, prioritizing the support of working families, and empowering workers to thrive both at work and at home.

Simply put, in this 21st Century global marketplace, adopting family-friendly workplace policies is essential for employers to effectively compete for, and retain, the best talent.

First, we are announcing a final rule that extends seven days of earned, annual paid sick leave for workers on many federal contracts. This rule ensures that workers will have the peace of mind to know they will still earn a paycheck if they have to miss a day with the flu, or to take care of a sick child or loved one.

Second, the Equal Employment Opportunity Commission finalized an action that requires all companies with more than 100 employees to report pay data by gender, race, and ethnicity. Employers do not know if they have a pay gap unless they collect the data and examine it. That’s why this action is important — it will help companies break down what they are actually paying their workers and better understand whether they have a gender pay gap.

This week, I called a few folks to talk about these new policies. One of them was Bobbie Crawford, a mom of four from Oklahoma who went back to work one week after the birth of each of her four children because she could not afford to lose another week’s pay. If she would have had each of those weeks paid, she could have spent it with her new babies without worrying about lost income. Bobbie even once miscarried twins, and returned to work on the same day.

I also called Felicia Willems from North Carolina, who worked at a technical support center for a large retail corporation. She was hired to work the exact same job as her brother-in-law, but when they compared salaries, they discovered that she was being paid about $4 less per hour. When Felicia made the brave decision to go to her boss, he agreed to raise her wage, but prohibited her from discussing her wages with her coworkers.

The stories of Bobbie and Felicia remind us all that these policies have a direct impact on the quality of life and health of hard working families all around the country — and that we must continue working toward economic priorities that help businesses compete effectively in a 21st Century economy and make a meaningful difference for all families.

Previous post Senator Booker says focus should be on what Hillary Clinton says now, not 1996