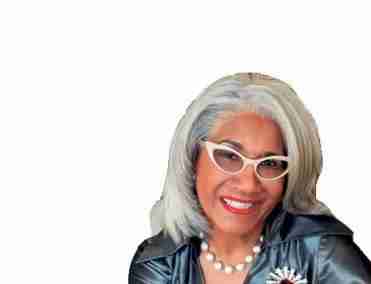 That has been my mantra for the past month, and I still plan to honor the recommended guidelines from the federal health experts since my local and state ofﬁcials have been playing politics with mine- and others’ lives.

I am not behaving in deﬁance of the established laws. No. I’ll stop at the red lights and continue to ﬁle my income taxes. Those laws are easy to follow and obey. But since I have dominion over my health and well-being, I’ll just stay quarantined at home.

In the meantime, I have begun to learn more about self-care: the combination of ‘good’ food, rest, exercise (for me, yoga, walking, and ‘buns and guns’ training), and meditation (a spiritual practice), to get me through these long days.

It’s impressive how many of you are doing the same.

So, time on my hands, I’ve been doing some research into the use of traditional medicines which the African ancestors adopted after arriving in this hemisphere.

By the way, all the Caribbean islands, including Cuba and Puerto Rico, got their share of West Africans from, primarily, a rich Yoruba-based culture/religion/medicine practice, hence, the many commonalities: food (rice and peas, peas and rice), and spiritual practices (Christianity, Santeria, Vodum, Candoble).

Having said that, in this time of a pandemic, it is long past time for black folk to reassess ourselves in these United States of America.

After nearly 400 years in this country, we have been far removed from traditional natural products- we no longer know how to treat ourselves- during normal times, and especially during pandemics.

Our plant-based medicines were used for millennia!

Back in the day, I don’t think there were too many African-American households that did not regularly use aloe, cod liver oil, castor oil, yard leaves/bushes, and/or tree bark for various teas used to maintain everyday health and general well-being.

And everybody drank the pot likker! You know, where all the nutrients were.

Yet, we have shunned this body of folk wisdom; these ancient practices which sustained our people for generation after generation are lost, and we are facing our demise from this pandemic.

The number of people who have comorbidity conditions are dying at an alarming rate- disproportionate to our percentage of the general population.

What has happened to us?

I’m not extolling the use of any unregulated medications, but I am appealing to the common sense of folk to think!

Think about how our ancestors lived long lives. They worked hard. Most grew their own foods. And when they had to rely on uncultivated foodstuff, they used what nature provided.

They simply knew what was best for them.

They knew what to eat, drink, bathe in, wrap around themselves to get through the days and nights; to relieve pain, heal cuts, breaks and bruises; how to soothe a teething baby, or one who had ‘colic’; how to keep and/or abort pregnancies, etc.

But almost all of that knowledge is lost to most of us, except for the few socalled ‘root’ women and men who are keeping this legacy alive. If you’re lucky, there may be someone in your community who has this knowledge and who will have products to supplement your life.

Also, think about this: even a cursory examination of many of today’s pharmaceuticals are based on medicinal properties from ‘roots’; so much money is being made from production of medicines which once were there- for the picking.

By the way, there are dozens of modern medicinal products in popular use which ‘borrowed’ their main ingredients from plant sources.

For example, the basic ingredient in Kaopectate, a well-known modern supplement, is kaolin, commonly used to detoxify/add essential minerals. It is found in some forms of clay/chalk, which was often eaten by pregnant women as a supplement. Our forefathers/mothers knew this.

(When I was growing up, eating clay, and/or its poor substitute, starch (Argo), was a common practice!) But we can be healed. As a people, we are strong and resilient. Except when we are not.

We have a gene pool that has all the right stuff. (Geneticists suggest that our genetic characteristics are passed on for 14 generations: perhaps skipping one or two, but it’s all in there, compliments of the ancestors).

We just need a reminder because some of us have simply forgotten where we came from.