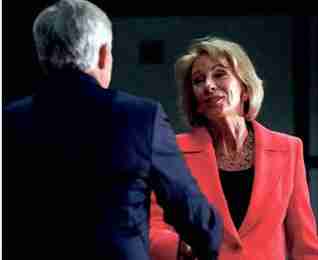 U.S. Department of Education Secretary Betsy Devos announced plans to end the Obama administration’s rules for investigating allegations of sexual violence on campus. In criticizing President Obama’s policy, Devos said that “[i]nstead of working with schools on behalf of students, the prior administration weaponized the Office for Civil Rights to work against schools and against students.”

Marcela Howell, founder and executive director of In Our Own Voice: National Black Women’s Reproductive Justice Agenda, issued the following statement in response:

“The Trump administration’s latest effort to dismantle the legacy of President Obama promises to put women at risk and embolden campus rapists. The plan that weakens Title IX protections will disparately impact Black women and girls.

“Black women face cultural and societal barriers to reporting sexual assault and accessing after an attack. The administration’s position will make it even harder for Black women to feel safe as they access higher education.

“While we’re not surprised that a president who bragged about sexually assaulting women would gut policies to stop sexual assault, we are no less outraged. We demand that college and university administrators, as well as state and local officials, stand up to the Trump administration by holding perpetrators accountable and implementing programs to change rape culture on campuses.”