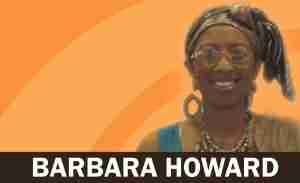 One may wonder why I would talk about terrorism under my designation of THE POLITICS OF BLACKNESS.  The answer is very clear to anyone really paying attention to the Obama administration’s assault on Republicans.

I say assault because that is what Obama and his administration has engaged in every day since his inauguration on January 20, 2009. His strategy has been to lob a daily offensive against Republicans while accusing them of aggressively refusing to work with him and trying to stop any and all of his initiatives.

Just a little background: The primary label given to Republicans in relationship to the black community has been “racists.” For the past 50 plus years the strategy has been for the Democratic machine to take the mantle of racism off their backs and place it on the backs of Republicans who have since the creation of the Republican Party worked hard at stopping the racism of Democrats against Blacks – from slavery to civil rights and beyond.

So Democrats only changed the definition of racism while maintaining the Democratic plantation and keeping black folk on it.

That same strategy has extended to terrorism. Most liberal Americans have accepted the litany of Democratic labels as gospel without question, mainly because their marketing strategy has included branding themselves as being saviors of minorities, the poor and the less fortunate.

So regardless of what they actually do, it’s more about what the public believes they do.  In that same manner, they have branded Republicans as racist against Blacks and other minorities, rich people who have gained their wealth off the backs of the poor, homophobes, sexists and now terrorists.

It should worry most Americans who witnessed the carnage of September 11, 2001, in the destruction of the World Trade Center and murder of over 3,000, that the Democratic machinery under the Obama administration has been emboldened enough to redefine terrorism to merely acts or words by Republicans.

Real terrorism is the horrific actions over these last few days in Paris by Al Qaeda connected Islamic terrorists, the Kouachi brothers and other violent French Islamic extremists who created chaos and shot and killed over 12 victims, wounded over a dozen others and took several hostages, including women and children, several of whom were killed in a Jewish market siege.

Yet the Obama administration has been reluctant to identify real acts of terror by violent Islamic extremists, as such.  For example, the Fort Hood, Texas massacre on November 5, 2009 where U.S. Army Major Nidal Malik Hassan fatally shot 13 military personnel and wounded 32 others, was defined by Obama’s then Director of Homeland Security Janet Napolitano, not as terrorism, but as “workplace violence.”

This, even though Major Hassan shouted the rallying cry of Islamic terrorists “Allahu Akbar” and was a student of the radical Muslim cleric, Anwar al-Awlaki, who had been under investigation by the FBI for several years. One of the terrorist in the Paris attack indicated that he was financed by Anwar al-Awlaki in Yemen.

So while the Obama administration refused to call the massacre by Major Hassan terrorism, Vice President Joe Biden, along with other Democrats, called Republicans terrorists, just for debating over raising the debt-ceiling on August 1, 2011.  Earlier that day, Biden even accused Republicans of “holding guns to their heads.”

Since Obama took office, there have been more than 10 massacres in the United States, include the horrific Boston Marathon bombings by the Tsarnaev brothers, who killed three people and injured as many as 264 others.  The brothers were refuges from the Soviet Union who became radicalized Islamic followers after moving and growing up in the United States.

Despite the chaos in Boston, the Obama administration refused to call the brothers terrorists also. (Someone remarked that maybe it’s because Obama was raised by Muslim and Islamic radicals.)

Seriously? If Republicans said anything like that, they would have been called racists.

Under Obama, the Democratic machine has created their own lexicon. They get away with it because Republicans seem afraid to fight back. But just like with real terrorists, they will continue unless and until you stop them.

BTW, after the terrorists in Paris were killed, 44 world leaders led a march of over 1 million in Paris.  Noticeably absent was President Obama. Vice President Biden wasn’t even there. What does that say about this administration and terrorism?

Next post MLK's legacy honored with tributes, rallies around nation