The importance of supporting black leisure 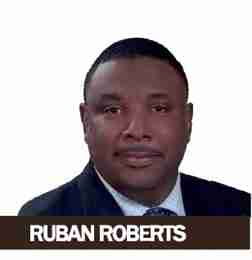 There is a scholarly article written by Regina Austin of the University of Pennsylvania entitled “Not Just for the Fun of It.” This article speaks to “the restraints on black leisure, social inequality, and the privatization of public spaces when large numbers of black people frequent those spaces.” This article also speaks to the real reason for The Miami Dade Branch of the NAACP advocates for black and brown people to have access to places like Miami Beach.

I do not believe that the groups of civic organizations, pastors, and black community leaders are advocating for the rights of lawless people of any kind. I do believe that these social justice advocates remember how restrictive going to Miami Beach was less than 45 years ago.

I am sure that most of you are aware that black people could not frequent most of South Florida beaches only 40some odd years ago. Only after protest by civil rights organizations, pastors and other black community leaders in South Florida were we granted access to places like Virginia Key Beach. I am a fervent believer that a people who do not know their history are destined to repeat it.

City’s like Miami Beach benefit considerably from black consumers that visit their communities during off peak season. Local hotels and restaurants raise their rates by threefold in some cases and black consumers pay without question. Personally I would love to see those black dollars circulate in communities like Overtown, Liberty City, Miami Gardens, or Gould’s. However, not to the exclusion of black people having the right to frequent public accommodations for leisure like Miami Beach.

The facts are simple regarding Memorial Day weekend on Miami Beach. Arrests have gone down considerably in the past three years because of the new policies instituted by Chief Oates on Miami Beach. At the height of the arresting period, black visitors were arrested for open carry law violations and other frivolous charges that were not enforced on high volume holidays with mostly white visitors frequenting the beach. Miami Beach Police Department instituted a community policing approach that assisted in lowering the number of incidents and arrests on Miami Beach.

This monumental effort still does not rest well with some Miami Beach residents because what they see as an invasion of young black people has not stopped. Therefore we continue to hear the stories of events that happened over ten years ago being propagated by residents and journalists who repeat these dated activities. I must say that I am not purporting that there are no negative events happening during Memorial Day Weekend, however, what I am simply saying is that based on the facts of police reports, things have gotten much better over time.

At the end of the day, leisure of any kind is a right, and law-abiding black people should not be treated in a manner where we should feel privileged to have access to public accommodations.

Ruban Roberts is President of the Miami Dade Branch of the NAACP.