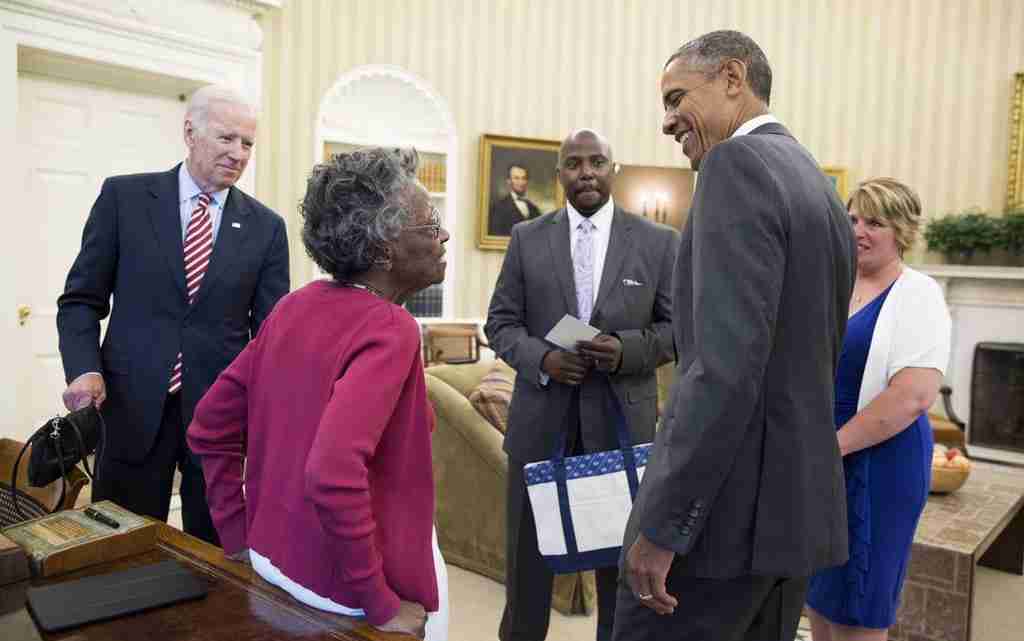 The Lawyers’ Committee for Civil Rights Under Law (Lawyers’ Committee) applauds the Obama Administration’s demonstrated commitment to addressing the epidemic of police violence sweeping our nation, particularly in poor communities of color. There is growing consensus, especially in light of recent events, that urgent and substantial police reform is overdue. This week’s release of both anticipated reports, the Law Enforcement Working Group Review and the Final 21st Century Policing Taskforce report, sends a clear message to brutalized communities that have long recognized this need and to police departments everywhere: the time is now for robust and comprehensive reform.

In light of recommendations from these reports, and the Use of Military Weapons Report, President Obama announced new efforts to demilitarize America’s police force, including an immediate ban on certain equipment. Military equipment fit for the battlefield, such as grenade launchers, bayonets, and tracked armored vehicles, has no place in America’s neighborhoods. Prohibiting this excessive equipment and putting into place rigorous controls for acquirable equipment represents a critical step in easing tensions and building trust between police and the communities they serve.

As part of the Lawyers’ Committee’s commitment to comprehensive criminal justice reform, the organization convened a coalition of national and state organizations and leaders dedicated to policing reform after the tragic killing of Michael Brown last August.  This Civil Rights Coalition on Police Reform submitted a Unified Statement to the White House and the Department of Justice (DOJ) calling for greater transparency, accountability, leadership, and training.  In addition to testimony from the Lawyers’ Committee and many of the organizations in the coalition, the coalition submitted a checklist outlining the main points it felt needed to be addressed in the final report of the President’s Task force on 21st Century Policing.  “I am pleased to see many of the coalition’s main points addressed in the final report of the President’s Task Force, including, greater emphasis on data collection and a commitment to demilitarization,” stated Lawyers’ Committee President and Executive Director Barbara Arnwine.  “However, the report was merely a first step in eliminating the systematic and entrenched racial bias that dominates police departments around the country.” The Lawyers’ Committee shares in President Obama’s belief that one’s destiny should not be determined by zip code, and is hopeful that his final Task Force report, along with the Law Enforcement Working Group Review, will have identified and offered meaningful recommendations that go further in addressing biases and practices that have devastated communities of color for decades, stifling economic, educational, and employment opportunity.
“Establishing trust between law enforcement and the communities they serve will require a unified front of multiple stakeholders, and the federal government’s acknowledgement of the urgent need for reform is an important and powerful piece of the equation,” noted Lawyers’ Committee Public Policy Director Tanya Clay House.

The Lawyers’ Committee appreciates the Obama Administration’s engagement with communities to address these issues and Attorney General Loretta Lynch’s swift response to the death of Freddie Gray in Baltimore. Through the Civil Rights Coalition on Police Reform, the Lawyers’ Committee will be carefully monitoring the implementation of Task Force’s recommendations, particularly in cities with the most abhorrent history of police violence. We continue to advocate for legislative tools, such as the passage of the End Racial Profiling Act, continue to push for more wide-ranging federal, state, and local responses, and continue to work vigorously together to ensure that all of its recommendations in the Unified Statement are adopted.

A coalition of 14 national civil and human rights organizations and leaders issued a Unified Statement of Action to Promote Reform and Stop Police Abuse on August 18th, which cited clear and necessary recommendations and reforms. We will continue to work together to ensure that all of our recommendations and reforms are adopted and justice is brought to bear in Ferguson. Seven additional groups and more than 700 independent signatories have joined the open letter which was sent to the White House and the Department of Justice (DOJ).

We reiterate our call for transparency, accountability, leadership, and training, including:

A full accounting of police-involved killings of African Americans nationwide;

The development of national standards for use of force by law enforcement;

The required use of police officer Body-Worn Cameras (BWC) to record every police-civilian encounter;

Oversight and accountability for the distribution and use of federal military weapons by local law enforcement;

Greater oversight of police officers through the formation of both national and community-based policing commissions;

Cessation of broken windows policing and its consequences of Stop and Frisk, Jump Outs and Racial Profiling.