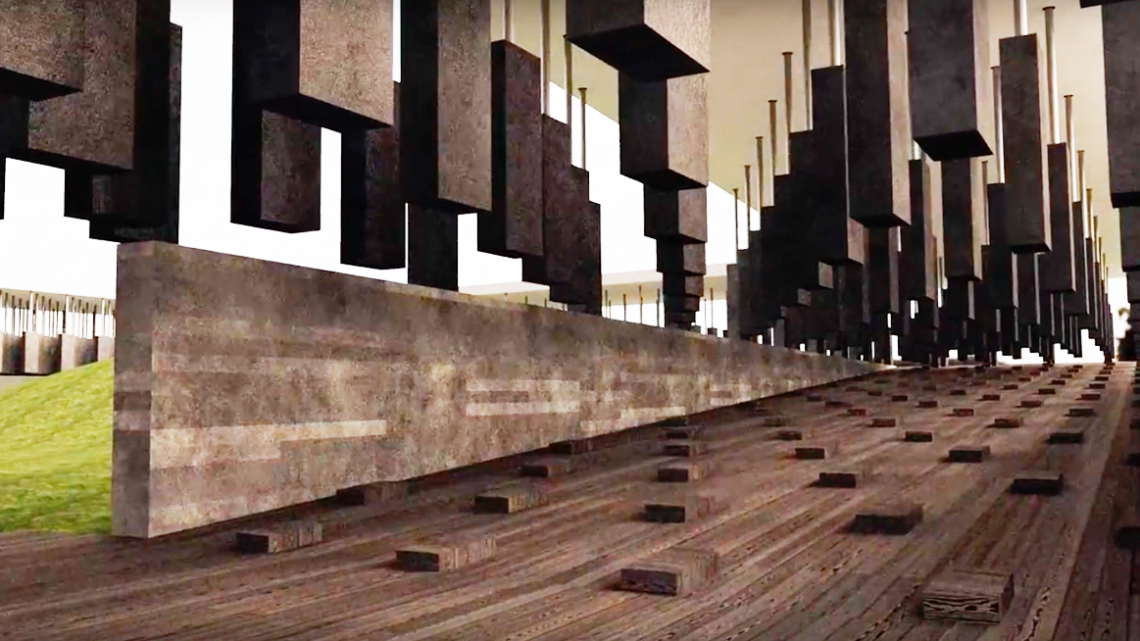 HANGING MONUMENTS: Names of blacks who were lynched in 77 years between 1877 and 1950 are inscribed on 800 six-foot tall pillars of Lynching Memorial in Montgomery, Alabama.

Fred Rochelle was only 16 when a mob burned him alive on May 29, 1901 in Barstow, Polk County, after he was falsely accused of the rape and murder of a white woman. They chained him to a barrel, doused him in kerosene and set him on fire. Reuben Stacy was 37 when he was hanged from a tree on Old Davie Road in Broward County in July of 1935. He was accused of attempting to assault a white woman after knocking on her door and asking for water. Broward and Palm Beach New Times reported that Floridians lynched 331 blacks, the highest rate per capita of any state, 0.594. Of the top 25 counties across the South for lynching, six took place here: Orange (34), Marion (30), Alachua (19), Polk (19), Columbia (17) and Taylor (17).

The statistics are drawn from the research of the Equal Justice Initiative (EJI), founded and headed by attorney Bryan Stevenson, that culminated in the April 26 opening of the “National Memorial for Peace and Justice” and the “Legacy Museum: From Enslavement to Mass Incarceration.”

The dual memorial commemorates the estimated 4,400 blacks who were lynched in the 77 years between 1877 and 1950, including at least two dozen women. The names, where available, are inscribed on 800 six-foot-tall pillars, one for each county where lynching took place, the dates and locations.

Stevenson, already distinguished for his work in civil rights, more recently widened his interest to the absence of memorials to lynching and slavery. He decided to create the memorial in Montgomery, Alabama, where the EJI is based, taking a cue from the Apartheid Museum in South Africa and the Holocaust Memorial in Germany.

Stevenson told the Associated Press. “We’ve got 59 markers and monuments to the Confederacy in Montgomery.”

For that matter, even in the nation’s capital, statues of Confederates outnumber those of blacks 11:4, according to Harper’s magazine.

Stevenson believes that slavery did not end with abolition on Dec. 6, 1865, that belief in white supremacy simply “evolved.” Even very recent events point in that direction, in addition to the ongoing mass incarceration of blacks and police killings.

• Mississippi and Alabama – site of the memorial – with 40 percent and 25 percent black populations, respectively, celebrated “Confederate Memorial Day” around the time the lynching memorial was opened.

• Sarasota high school student Noah Crowley, 18, asked a fellow student to go with him to the prom by holding up a sign that read, “If I was black, I’d be picking cotton, but I’m white so I’m picking u 4 prom?”

• An eighth-grade American history class at a Great Hearts charter school in Texas was given an assignment titled “The Life of Slaves: A Balanced View.” The worksheet asked students to list the positive and negative aspects of slavery.

• Rashon Nelson and Donte Robinson were handcuffed and arrested at a Philadelphia Starbucks. Police were called because they were not ordering and not leaving; they were in fact waiting for a third person for a business meeting.

• Police wrestled Chikesia Clemons, a black woman, to the ground, leaving her topless, at a Waffle House in Saraland, Ala. She was merely objecting to paying 50 cents to use plastic utensils. • Tshyrad Oates and another black man were asked to leave an LA Fitness gym in New Jersey, where he is a long-time member.

• A Grandview golf club in Philadelphia called police on five black women members claiming they were playing too slowly and refused requests to leave.

• Former NFL player Desmond Marrow was violently arrested by police in Henry County, Georgia. One of the three officers choked him into unconsciousness and he suffered a concussion; they mistook his cellphone for a gun.

• Jacinda Mitchell was locked out of a Waffle House in Pinson, Ala., while white patrons were dining.

Stevenson is hoping his memorial will help dispel “the idea that black people are not the same as white people, they aren’t fully human or evolved and are presumed dangerous and guilty.”

“That,” he says, “is why American society today is so non-responsive to shootings of unarmed black people, to disproportionate expulsion rates of black kids, to putting handcuffs on four-and five-year-old black girls… We’ve been acculturated to not valuing the victimization of black people.”

The stark images in the lynching memorial can, of course, be seen as a reminder to white America: “This is your truth. Deal with it.” Stevenson told The New York Times, “I’m not interested in talking about America’s history because I want to punish America. I want to liberate America.”

That may be so but 399 years after slavery began and 153 years after “emancipation,” “liberation” is a long time a-coming.

Next post The legacy of lynching is hard to fathom

Previous post Fitted with ankle bracelet, Cosby imprisoned in his own mansion