The pacification of Black America: Juneteenth is now a national holiday 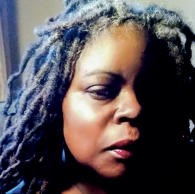 When President Biden signed the Juneteenth National Independence Day Act last week, Black America was stunned. We were surprised and elated that Juneteenth, once known as a regional celebration for many celebrating the day that the ofﬁcial word reached American slaves that they were free, and in fact had been liberated in 1863 through the Emancipation Proclamation drafted by President Abraham Lincoln, was now a federal holiday. Only the second federal holiday in 36 years that America celebrates and recognizes a signiﬁcant point in Black America’s collective history, Dr. Martin Luther King, Jr. Day is the second, Juneteenth has had activists and supporters spurring on its march towards becoming a national celebration of freedom.

What is interesting to note is that while Juneteenth in its importance as the ofﬁcial end of chattel slavery in Galveston, Texas in 1865, across the country at this point, American slaves received the same notice of liberation at different time periods throughout 1865. States such as Kentucky and Delaware continued slavery until the ratiﬁcation of the 13th Amendment in December of that same year because Lincoln’s Emancipation Proclamation did not include those states. And some historians also have suggested that the knowledge of liberation was withheld from slaves probably longer than that in some rural places due to White slave owners’ refusal to relinquish the institution of slavery. Juneteenth has been celebrated annually by Black Americans for 156 years. In the state of Texas, the year 1979 becomes pivotal in Juneteenth history when through the campaigning of Opal Lee, known as the “Godmother of Juneteenth” and the late Rep. Al Edwards, who sponsored House Bill 1016, becomes a state holiday. Then in 1996, Rep. Barbara Rose Collins (D-Mich.) introduced House Joint Resolution 195 which was the ﬁrst legislation to recognize “Juneteenth Independence Day.” Pennsylvania, in 2019, became the second state to ofﬁcially honor Juneteenth statewide, and earlier in 2021, North Dakota and Illinois did the same. Since that time, “49 states including the District of Columbia have all commemorated or recognized” Juneteenth according to the Congressional Research Service.

But the recognition of Juneteenth as a national celebration is not lost on most Black Americans. Black America embraces the political gesture…because that is what this truly is. A political gesture. Even though there is an avalanche of evidence that has proven that the push for Juneteenth to be recognized on a national level cannot be disregarded or dismissed, the timing seems to be a bit off. The country was not consciously aware of what Juneteenth is and its signiﬁcance until last year when former president Donald J. Trump decided to hold a rally in Tulsa, Okla. on June 19. Public outcry over the date forced Trump to cancel and reschedule the rally for the next day. Having to be educated himself regarding Juneteenth, Trump would later, in a braggadocios manner, remark “I made Juneteenth famous.” However, it appears that this is the apparent focal point where the political activism to make Juneteenth a national holiday began to gain tremendous speed. Rep. Marc Veasey (D-Texas) noted the speedy movement of the Juneteenth legislation through the House last week to reporters. “It was hugely signiﬁcant, and it did happen fast,” Veasey admitted. "A lot of us never thought we would see this day. It’s a day of rejoicing, it’s a day of hallelujah.”

“A day of hallelujah?” While Juneteenth does hold a place or reverence in Black America, and is chiefly regarded as our own Independence Day, the discussion to create it into a national holiday was not had in the Black community. In fact, the main topics at the front of our consciousness is the new crop of hundreds of voter suppression laws popping up across the country, disproportionate COVID-19 health disparities, police brutality, and the end to systemic racism. The later two subjects were the catalyst of the global protests that broke out last summer with the murder of George Floyd at the hands of then Minneapolis police ofﬁcer Derek Chauvin. How it is that the conversation regarding defunding the police turned into making Juneteenth a national holiday is not known. But what is known for sure is that Black America was not pushing for this.

While it would seem to be a celebration throughout the Black community to have our ancestors’ freedom and liberation recognized by the very institution that enslaved them 402 years ago, turning Juneteenth into a national holiday at this point in our history is a hollow effort. Why? What Black Americans want right now are three things: 1) reparations, 2) ﬁnancial and economic solvency, and 3) the end of White supremacist racism. One of the most oppressive tentacles of White supremacy is police brutality. That is the very public conversation that Black America is having right now. Its not about creating a national holiday that White America will more than likely turn into a product of corporate consumerism and greed, thereby ﬁnancially tightening the super glue hold of the foundations of White supremacy. As usual, our political representatives in Washington are out of touch with what Black Americans really want.

The Congressional Black Caucus (CBC) upon its inception in 1971 was formed “to ensure that African Americans and other marginalized communities in the United States have the opportunity to achieve the American Dream.” In a document submitted by the founders of the CBC to former president Richard Nixon that year, the group wrote that their purpose as a body was “to eradicate racism, provide quality housing for Black families, and promote the full engagement of Blacks in government." The CBC has of late reneged on that job. Pushing the Juneteenth legislation to the head of the class so to speak is not what Black America wanted. Black America could do without the symbolism. What Black America wants is action. The conversation we are having within Black America right now is obviously not the same conversation our elected Black politicians are hearing. Somewhere along the way they heard that a Juneteenth national holiday trumped getting legislation passed on police brutality or passing the federal voting rights act.

Those two things are what Black Americans are demanding. The making of Juneteenth into a national holiday is mere symbolism at best. It goes hand in with that moment last summer, June 8, 2020, when the Majority House Leader Nancy Pelosi and Sen. Chuck Schumer walked onto the floor of the U.S. Capitol with the Congressional Black Caucus wearing Kente cloth. The purpose was to “show solidarity” with the Black community regarding the tragic murder of George Floyd. But it was an epic failure. Black America at this juncture is tired of the symbolism. The façade of White Americans portraying a seemingly sympathetic and empathetic outward expression towards the plight of Black Americans. Symbolism is just an empty display or mere subterfuge deployed to placate the ignorant and those who are not capable of seeing past it.

Black people have had enough of empty platitudes and façade like gestures of goodwill. It is 2021. The conversation is still liberation and freedom. The very same conversation that was whispered in secret and telepathically in 1619 on slave ships when the ﬁrst African souls were rounded up from the shores of Africa. To those who argue that Juneteenth does not mean the end to the struggle for what Black Americans are demanding, that it is just one of many important components in that effort; these fail to understand that every agenda has a hierarchy established on importance. What is important to Black Americans is celebrating true liberation and freedom. Not a symbol of it. Or paciﬁcation. Or more opportunities for those part of the power structure of White supremacy to gloat when pressured, “Racism doesn’t exist. America elected Barack Obama as the ﬁrst Black president and recognized Juneteenth as Black Independence Day.” Freedom is not being harassed, gunned downed, beaten, and ran over by the police or its agents. Freedom means not being systemically racially proﬁled in commercial establishments or discriminated against and overlooked by ﬁnancial institutions. Liberation means having that air of living, walking, breathing through one’s neighborhood without worrying if the brown hue of skin will raise dangerous queries of belonging. That is the promise of what Juneteenth really can be because let us face it, if true change is not on the horizon for Black Americans, Juneteenth will be as meaningless to us as July 4th.

So, in all honesty, the occasion that should have been made into a national holiday is “Watch Night.” “Watch Night” or “Freedom’s Eve” also has a long history in the Black community. “Watch Night” began on the night of Dec. 31, 1862. The night before the Emancipation Proclamation was due to take effect. Slaves and freeman alike who were aware of Lincoln’s document that proposed to release the enslaved from bondage gathered in secret and sang minutes before the midnight hour “Watchman, watchman please tell me the hour of the night.” In return the reply would be “It is three minutes to midnight”; “It is one minute before the new year”; and “It is now midnight, freedom has come.” That is what Black America is waiting on. The end of White supremacy and systemic racism. And the subsequential moment to sing collectively “Freedom has come!”