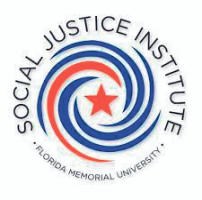 In December 1963 Malcolm X made a speech entitled “God’s Judgment of White America” and upon completing the speech was asked by a reporter what he thought about the death of President John Kennedy.

Malcolm’s answer was that the death of President Kennedy was a case of “the chickens coming home to roost” inferring that the racialized violence that Kennedy had failed to stop had come back to him.

Malcolm X’s infamous saying “the chickens coming home to roost” is an apt metaphor for gaining insight into some of the sociopolitical events that we have witnessed in recent times, namely the election of Donald Trump as president and the violence that accompanied his departure. Underlying both events were the White supremist sentiments that permeate the psyche of the American consciousness and have served as the primary tool by which European Americans have been able to maintain their position of privilege and dominance.

The election of Barack Obama as president, was experienced by many White Americans as a threat to their power and on an existential level, their very existence. Even though Obama operated under the umbrella of a White power structure his presence signiﬁed to many a potential loss of White privilege not only on an economic level but on a psychological one as well.

Trump’s promise to “make America great again” was a promise to White Americans to restore the privilege they had perceived to have lost. Yet even though being aware that Trump was not qualiﬁed for the job as well as being aware of his degraded personality, what was more important was that he represented the values and ideals that they cherished, most particularly the ideal of White supremacy. And so Malcolm’s prophetic statement came to fruition as we witnessed profound pain and suffering that many Americans, Black and White, experienced under Trump’s presidency.

As we saw in the recent attack on the Capitol, the same racially motivated violence that has historically been directed at African Americans was now turned against the very institutions upon which the democratic state was founded and in so doing threatening its very existence. These events serve to awaken us to the realization that the consciousness of White supremacy, rather than representing fringe elements of the American public, permeates all segments of institutional life including in particular the military, the police, the educational system as well as the highest levels of the government nationally and internationally. We need to understand the nature of this consciousness and how it manifests within the culture as well as in each of our lives. It is only through such understanding that we will be able to transform ourselves and our world in ways that will ensure our collective survival.

Next post What African Americans need to know about cancer risks