The path of Harriet Tubman guides our present and future 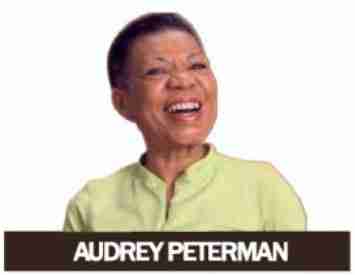 ‘I could have freed 1000 more, had they but known they was slaves’

Whenever I’m facing a challenge, I think back to Harriet Tubman and how much she accomplished with what little she had. I remember how ‘Mama Moses’ had to pull her pistol on those enslaved people on the run with her, when they grew afraid and wanted to go back to the plantation. This would have jeopardized the safety of the escapees fleeing through deep forest and swamps in the dead of night carrying young babies, as men on horseback tracked them with dogs.

Despite every threat, she persevered to help hundreds to freedom and launch a movement with Frederick Douglass that brought about the Civil War, leading to the abolition of slavery. When asked why she kept going back South into danger to free more people, she famously responded, “I could have freed 1000 more had they but known they was slaves…”

March 10, the City of Baltimore marked the 105th year since her death by dedicating the Harriett Tubman Grove of trees in a park near John Hopkins University. You can experience her legacy and her story at Harriet Tubman Underground Railroad National Historical Park in Dorchester County, Maryland that includes her birthplace and also at the Harriet Tubman National Historical Park in Auburn, New York which includes the home she bought and lived in.

On the ground her inspiration is being literally walked forward by GirlTrek, a national organization of black women dedicated to walking to stay healthy in the same way Harriet Tubman walked to freedom. March 5-10, ten of the leaders retraced Mama Tubman’s route to freedom on the Underground Railroad from Maryland to Delaware.

Co-founder Vanessa Garrison posted in the middle of the 100-mile journey:

“We’ve walked 61 miles in three days. We’ve walked through rain, sleet and snow. Through small towns, farm communities and Family Dollar parking lots. Past fields that were once tended to by free Black labor. We’ve walked in the dark but always towards the light. Aching joints, blistered feet and tomorrow we’ll get up and do it again. . .”

Harriet Tubman’s example shows me that the future can be better that you can even dream, as long as you follow what’s in your heart or your path, with courage and integrity. For me that translates into holding up my end and doing everything I can do where I am, no matter how desperate things look. For example, driving around South Florida and particularly Fort Lauderdale where we live, I see the fulfillment of the redevelopment plan “Eastward Ho!” which my husband Frank and I vigorously tried to affect in the late 1990s:

“Eastward Ho!, will transform the downtown along a 90-mile corridor from single family neighborhoods and low income housing interspersing the business district, into an upscale environment comprising mixed-use development with retail business and offices on the ground floor and living space on top. The profile of residents was white, hip, affluent. The difference between the community that was living in the area and the projected future residents was so glaring that you’d have to be blind not to see that mass displacement would occur. If planners did not take this into account and institute measures to help existing residents hold on to their place, it could only be interpreted as a deliberate act of urban removal…” is how we recorded it in our 2009 book, “Legacy on the Land.”

Well, mission accomplished. As soon as we learned about this urban arm of the plan to restore the Everglades, we informed local black political, business and civic leaders about President Clinton’s executive order requiring that environmental projects affecting minorities must involve them. We bore witness for almost 10 years, writing prolifically in local newspapers about what was happening and what needed to happen.

In 2000 Congresswoman Carrie Meek included legislation mandating the inclusion of African Americans and Hispanics in the multi-billion dollar project to restore the Everglades, as a result of our advocacy.

Judging from the current situation, we did not succeed. The transformation of downtown and surrounding neighborhoods is complete.

What happened to all the black and lower-income people who 20-years ago inhabited today’s “urban playground?” Who knows? Who cares?