The thing about Bill Cosby is… 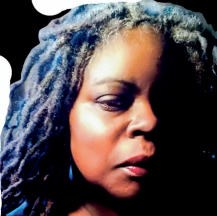 When Dr. William Henry Cosby, was released from prison outside of Philadelphia last Wednesday, it was a shock to the systems of so many interested and uninterested parties. The immediate conversation after the part where the Pennsylvania State Supreme Court overturned the conviction, threw out the entire trial, and ruled that the Philadelphia District Attorneys office could not prosecute or take the case back to court for a retrial, was that Bill Cosby is still a rapist and sexual predator, a perpetual menace to society. His release from prison was a justice undone, an injustice for his accusers and survivors of rape. After serving nearly three years of a three-to-10 prison sentence, the world needed to be reminded that Cosby was charged, tried, convicted, and sentenced. But, as many public discussions do, especially when judgments have been based and founded in the court of public opinion, facts rarely matter. Let us take a closer look.

The thing about Bill Cosby is that for 60 years, he has been everything Black America esteemed a Black star in Hollywood to be. A comedian, actor, activist, and philanthropist, Bill Cosby has always held prime real estate inside Black America. Every soul in our culture has been touched by the mind and talent of Cosby. If you were an adult in the ’60s, you saw a clean-cut, non-threatening Cosby playing a U.S. intelligence agent in “I Spy” for three seasons, which earned him an Emmy. The first Black actor to win an Emmy. In the seventies, as a child, you knew Cosby from television as well. He could be seen playing alongside Sidney Poitier in counter Blaxploitation cult classics like “Uptown Saturday Night” and “Let’s Do It Again.”

Bill Cosby earned a doctorate in education from the University of Massachusetts in 1976, so if you were a child in the ’70s, he had a major impact on your development. Cosby could be seen on PBS daily on “The Electric Company” teaching reading skills, or most significantly, on Saturday afternoons on the iconic “Fat Albert and The Cosby Kids” teaching practical life lessons through comedy, animation, and song. Then in the ’80s, America received a massive education into how the mind of Cosby worked when “The Cosby Show” took over the airwaves, introducing us to what a middle-class Black family could appear to be. With the spin-off “A Different World,” Cosby again enlightened America and the world to what HBCUs are and inspired the children who watched “Fat Albert and the Cosby Kids” to seek higher education. Bill Cosby has always had an illustrious and overwhelmingly positive impact on Black culture and American society. Even when he criticized Black America, he was still beloved.

But the sexual assault allegations that were made public in 2015 and the 60 women who came forth publicly accusing Cosby of drugging and raping them set the culture ablaze. Sordid stories of late-night hotel rendezvous, little blue pills, wine, and other details flooded our consciousness. Could such an iconic figure be guilty of taking advantage of women? Then everything came to a head when word got out that in 2006 Andrea Constand, a former friend of Cosby, settled a civil suit against him for $3.38 million dollars for sexual misconduct. The civil suit held a confidentiality clause and was sealed until the Philadelphia District Attorney’s office decided to reopen and prosecute Cosby, twice, leading to a conviction in 2018. The heart of the

Pennsylvania Supreme Court’s decision rests not in the allegations of sexual assault by the women who publicly accused Cosby, but by way of the 2005 Constand civil lawsuit.

When former District Attorney Bruce L. Castor first investigated the allegations brought against Cosby in 2005 by Constand, Castor discovered inconsistencies in Constand’s testimony and decided that her credibility was questionable. The way forward would not be through criminal court because “there was insufficient credible and admissible evidence upon which any charge against Cosby related to the Constand incident could be proven beyond a reasonable doubt.” So, Bruce Castor advised Constand to take another route through filing a civil lawsuit against Cosby. To get Cosby to give a deposition, Castor made an agreement to “decline to prosecute Cosby for the incident involving Constand, thereby allowing Cosby to be forced to testify in a subsequent civil action, under penalty of perjury, without the benefit of his Fifth Amendment privilege against self-incrimination.” The civil lawsuit proceeded and was settled.

However, in 2015, some ten years later, the Philadelphia District Attorneys office unseals the civil suit and finds incriminating statements made by Cosby during his deposition. These statements which feature Cosby admitting to getting prescriptions from doctors for quaaludes, allegedly for a “sore back” yet giving the medication to young unsuspecting women instead, were used against him in the criminal case against him. Not that there was any evidence that he had in fact given Constand anything other than perhaps the Benadryl tablets that were found in his home when Castor searched Cosby’s home. There was no evidence proven in trial that Constand was sexually assaulted by Cosby. But Cosby was convicted of aggravated indecent assault.

The thing about this whole discussion is that while certain aspects about Cosby’s serial infidelity and his “playboy” lifestyle can be dissected for morality purposes and considered a real-life indictment on Hollywood’s predatorial practices and its evolution of the “casting couch,” it must be noted that he is guilty by way of public opinion only. The justice system that convicted and branded Cosby as “sexually violent” and “a predator” did so by betraying the creed of justice by which it operates. By ignoring the non-prosecutorial agreement or immunity put in place by Castor, the entire trial became like a runaway freight train. This is typical of how the justice system works against Black Americans. Laws are ignored or manipulated to criminally charge and convict Black Americans at the satisfaction and self interest of those claiming to uphold the law. An American cannot be prosecuted based on a court of public opinion. Black America has argued extensively about the not so blind scales of justice that operates against it. Basically, that is what has happened to Cosby. The scales of justice were tipped away from him the moment his four depositions were unsealed.

To say that Cosby’s release from prison and his subsequent overturned conviction is in some way related to the reason why sexual assault victims are reluctant to report the crime to the police is reaching at best. The truth is that the law itself in each state regarding the statute of limitations in cases associated with sexual assault needs to be revised or amended. That has nothing to do with Cosby and everything to do with who we elect to represent us locally and in Washington. We cannot be hypocritical or two faced about justice. We want the justice system to be equally applied to us as it does our White counterparts. That is the language of the work of activists across the country as we move past the conviction of Derek Chauvin for the murder of George Floyd. And Cosby is no exception. Regardless of who he is alleged to be, according to the law of the land, Cosby is innocent until proven guilty.

That is the thing about Cosby which makes the discussion about him so difficult to have and perplexing in complexity. Cosby, in effect, is a victim of a flawed justice system that by all counts ruined his legacy, smeared his name, stole years from his life by snatching his freedom, and cost him and taxpayers millions of dollars in the process. Not only that, but those also who were connected to Cosby and supported themselves from residual income coming from his many enterprises suffered a harsh injustice as well. What we know of Cosby by way of his entertainment legacy, his philanthropic work, and his public portrait of family life conflicts greatly with the image he presented of himself in the unsealed testimony he gave in the Constand testimony of a serial playboy having a good time. This is true. Could this private Cosby possibly be guilty of the allegations lobbied against him by the very women he is alleged to have had sexual encounters with, per his and their remarks on the subject? This is also a truth. Can we therefore conclude that Cosby is indeed “a violent sexual predator?" If we are to have an honest conversation about Cosby, we must do so with clarity and objectivity. The layers we must be prepared to peel away could indict all of us.