Trump vs Shakespeare: Killing the NEA/NEH hurts all Americans 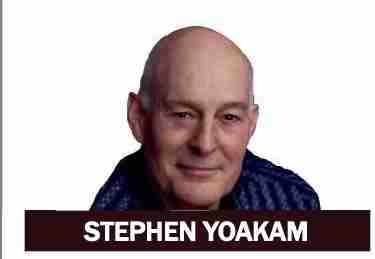 There are many issues that I would choose to debate with the Trump administration, but the one that I can speak directly to is their seeming intent to dismantle and defund the National Endowment for the Arts (NEA) and its sister organization the National Endowment for the Humanities (NEH). This has cropped up in every Republican presidency in my lifetime going back to the Nixon years, so let me opine why the Arts in general and the NEA/NEH specifically are more important now than ever.

After over forty years’ of experience in the arts in America as both a performing artist and a teacher in our schools, arguments supporting the importance of the arts in our society have been well established. The benefits from the arts in early childhood development and education from NEA funded teaching artists are immeasurable.

It is a scientific fact that music and mathematics are tied at the hip, that dance and physical wellbeing are intertwined, and that theater and the oral tradition of storytelling and cultural sharing go back to the earliest stages of human evolution. Plain and simple, we are more well-rounded, engaged and capable citizens when we have been exposed to and participate in these activities as children.

The NEA and state funded arts programs that it helps support and the templates it provides for sharing the arts are not going to be magically replaced by some hoped for, pie in the sky volunteer model if this funding source ceases to exist.

But let’s get real and talk about nuts and bolts. Economics: The Arts economy and its impact. The current administration likes to paint both the NEA and the NEH as a waste of federal spending. According to both The Bureau of Economic Analysis and The Washington Post, the percent of spending for the NEA and NEH combined in 2016 amounted to just over.002% of the federal budget.

On the other hand, arts and cultural production in 2015 contributed more than 704 billion dollars to the US economy, which is 4.2% of the GDP and is greater than both construction (586.7 billion) and transportation & warehousing (464.6 billion). 4.74 million people were employed in the arts and culture economy as of 2013. By any standard of comparison or measurement, the economic benefits of a healthy and thriving arts culture in our country far outweigh any savings that would be gained by the elimination of government programs that support them.

From a very present and real humanistic perspective, I am seeing the benefit of arts support on a daily basis. I am currently performing in a production of King Lear at the Guthrie Theater in Minneapolis, MN. Through the generosity of arts funding and corporate support kick started by organizations like the NEA, every ninth grader in the Minneapolis public school system will see this production of perhaps Shakespeare’s greatest play. When I look out at those excited, engaged faces, it doesn’t get any better. Finally, during the height of bombing and privation during WWII, when politicians were screaming for cuts to the arts, no less a person than Winston Churchill replied, “Then what are we fighting for?” Support the arts.

Stephen Yoakam is an actor, writer and teacher who lives in Minneapolis and works at the Guthrie Theater. sgyveiba@visi.com

Next post The Stand Your Ground bill inherently flawed