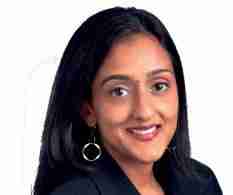 Donald Trump and his administration have taken every opportunity to dismantle federal police reform efforts, undercut accountability, and threaten the public with a militarized law enforcement response. This executive order is a woeful attempt to shift focus from the dangerous rhetoric and policies he has previously promoted. Piecemeal reform effort will not achieve the transformative change needed to heal our country and usher in a new era of public safety in which all communities thrive.

While the order takes some steps forward, it is an inadequate response to a nation demanding sweeping, bold action. If Trump is truly committed to ending police violence, he must support real, comprehensive accountability measures that would fundamentally change policing culture and invest in Black communities and others hardest hit by overcriminalization.

Trump has called on police to rough people up when they are arrested; the Sessions Department of Justice tried to derail reforms to address the systemic use of excessive force; outgoing Attorney General Sessions gutted a key tool to ﬁx police misconduct that violates civil rights and liberties; Trump rolled back policies to demilitarize police; Attorney General Barr threatened the public that they better respect police or risk being put in danger; and Trump recently encouraged police violence against protesters.

A small portion of the executive order reflects reform recommendations previously embodied in President Obama’s Task Force on 21st Century Policing ﬁnal report and Department of Justice consent decrees — work that this administration has unapologetically abandoned. Trump’s order adopts principles that the Obama administration championed: Ofﬁcers should be held to uniform certiﬁcation standards, should not be able to get a job the next town over when they have been ﬁred, and should be out of the business of addressing issues of mental health disorders and homelessness.