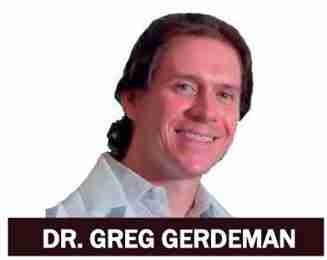 I have built my career, the last 20 years, on the study of how marijuana affects the brain, and am very familiar with the existing data on negative outcomes. Effects on IQ are absolutely not seen in all studies. It has really only been correlated with long term, heavy, daily use outside of the context of debilitating disease, which does not reflect the medicinal user.

Another study recently published in the Journal of Psychopharmacology, a sample of 2,235 children had their cognitive abilities tested at eight years old and then at 15 and 16 years old. Those who had used cannabis more than 50 times did not statistically differ from never-users on either IQ or educational performance.

I recently debated the state chairperson of the No On 2 campaign, a political group that continues to oppose the use of marijuana — or cannabis — by critically ill patients in Florida. Her talking points basically came down to this: This isn’t your daddy’s weed. It’s so much stronger. It will damage the brains of children. Be afraid, be very afraid.

The implicit message of this drug war mentality is that those of us who believe that science supports the compassionate use of cannabis as medicine should be viewed with suspicion and distrust. If this is different from the racially charged rhetoric of the reefer madness 30s, or counterculture hating ruminations of the 70s, the historical roots are clear and so is the shared psychology of stoking animosity in the community.

Has cannabis changed from the 1970s? Yes it has, on average- and for patients, it is a positive fact. Not that strong weed didn’t always exist, but as US-based growers have gotten more sophisticated they are able to breed plants with reliable potency and quality control. The Vote No On 2 campaign would have you believe reflexively that this is a bad thing. However, high potency cannabis and derivative products like oils… a) make for lower and more reliable therapeutic dosing for many patients; and b) these days can include CBD, which is proven to provide a counter to the disorienting or “high” mental effects of THC. Many patients will work with their doctors to obtain high CBD products that they don’t get them high at all. So, when you hear that “marijuana is stronger than it was 40 years ago,” you’re not getting the full story, and it distracts from the rights of patients suffering from seriously debilitating conditions… the only ones that Amendment 2 would protect in the state constitution.

Most of the emerging data are from very sensitive brain imaging methods. Some studies have shown, while others have not, small brain changes in cannabis users that are within the range of normal variation and absent of any convincing functional consequence. See for example conflicting results both published in The Journal of Neuroscience — one out of Harvard and Northwestern (Apr 16, 2014) was highly publicized, but could not be replicated by scientists at University of Colorado (Jan 28, 2015), with a study design that was better controlled for concurrent alcohol use. Neither showed functional, behavioral deficits regardless of marijuana use or brain scan results.

Ideological opponents to cannabis argue that the brain scans from their preferred studies are showing damage. While I have never taken a cavalier attitude to a reckless overuse of marijuana, this research only suggests that cannabis influences the brain. The scope of such changes pales in comparison to the damage known to occur from alcoholism.

The scare tactic, half truth strategy played by the No campaign breeds a greater toxic threat to our communities than any biological danger of the cannabis plant, which I have studied as a neuroscientist for the past 20 years. In that time, I have met hundreds of patients who benefit from cannabis to become more functional, to rely less on powerful prescription narcotics, and in many cases to reclaim a life worth living or to live their last days in less pain, less vomiting, and God willing, a greater awareness of the passage of life.

Dr. Greg Gerdeman has actively researched the neurobiological targets of cannabis since entering graduate school at Vanderbilt University in 1995. He is currently an Assistant Professor of Biology at Eckerd College in Saint Petersburg, Florida.