Waging war against US is treason 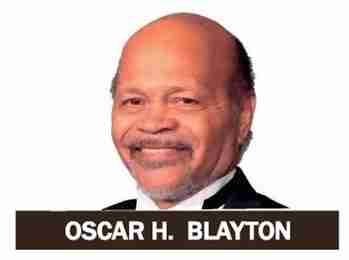 In response to the hue and cry of white supremacists who claim to be patriots celebrating their Confederate heritage, I would like to present these few simple facts.

Robert E. Lee, as an officer in the United States military, took an oath to protect the Constitution of this country.

He broke that oath. He broke it by waging war against the United States of America, the country whose Constitution he swore to support.

There are those who would argue that he had a higher obligation to his native state of Virginia than to his federal government. But he took no such oath to Virginia when he became an officer.

Robert E. Lee broke his oath of office and attempted to shred the Constitution he swore to protect and support when he made war against the United States and sought to kill soldiers in its service. It is a high crime, or a felony, to seek to destroy the government to which you have sworn allegiance.

Because of his action, it cannot be denied that Robert E. Lee was a felonious oath breaker.

Robert E. Lee’s high crime was treason. On January 25, 1861, the New York Times published an article titled “Treason Against the United States,” reminding Southern secessionists of the gravity of their intended actions. In its article, the newspaper printed that portion of the Constitution concerning treason, and it read in part:

“By Section 110 of Article III. of the Constitution of the United States, it is declared that:

‘Treason against the United States shall consist only in levying war against them, or in adhering to their enemies, giving them aid and comfort. … The Congress shall have power to declare the punishment of treason.’”

The Times article went on to state what punishment Congress had determined for the crime of treason:

“In 1790, the Congress of the United States enacted that:

There is no doubt that Robert E. Lee committed treason, a crime so repugnant that it can only be branded as villainy.

Simply put, Robert E. Lee was a felonious oath breaker who is lucky that he was not hung for the treasonous villain that he was.

And those who wish to wish to honor and venerate treasonous villains like Robert E. Lee, Stonewall Jackson, J.E.B. Stuart and their ilk, what type of villains are they?

Next post In the Trump Administration – who is the dumbest?