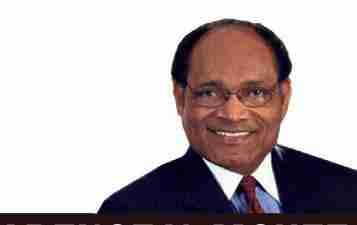 Yes, there is a need for police reform to prevent what happened to George Floyd from happening to any American — ever again.

There is also a need to support the vast majority of good police ofﬁcers standing between civil society and anarchy. Reforms in police procedures have been demanded for decades.

To name a few:

• Implementing "duty to intervene" policies to shatter the "Blue Wall of Silence" among police ofﬁcers when misconduct occurs.

• Holding police supervisors accountable and subject to discipline for the acts of abuse of ofﬁcers under their command.

We must remember that those in control of the police — and schools — in major cities who failed to implement such reforms have been liberal Democrats.

Democrats in Congress who represent such cities are rushing to pass legislation and have hastily called for hearings to remedy the problem. Where have they, their mayors, and the people who elected them been? Let’s see how many of these elected ofﬁcials return donations they’ve received from police unions — or refuse to accept them going forward.

It’s a ludicrous idea with lethal consequences, harming those communities needing protection the most.

It would also be detrimental to those businesses that have remained in and serve black communities.

White leftists urging defunding or abolition of police don’t have to worry about police abuse, being treated as suspects instead of citizens, drugs being openly sold in their neighborhood, "gang bangers," or drive-by shootings.

When a black mother calls 911 to report being beaten by an abusive husband, whom does she call next when the message is," Sorry, we can’t take your call right now, please call back later!"

In Chicago over one recent weekend, 25 people, mostly black, were killed and another 85 wounded by gunﬁre, making it one of the most violent weekends in that city in six decades.

Again, there was silence from many of the same Democratic Party, and other left-leaning, leaders.

It’s readily apparent that "Black Lives Matter" only applies to those blacks killed by police or other whites — not by blacks!

Many in the media who say there is systemic racism in police departments turn a blind eye to the lack of blacks in their newsrooms and on their editorial boards.

The same applies to leftist "protesters" who wouldn’t dare challenge their law, accounting, advertising, brokerage, and other ﬁrms, on the lack of blacks in their ofﬁces but whose paychecks they gladly accept. Let’s be honest.

There are few, if any, white progressives who would trade places with a black man or woman. They know their color brings advantage — and often safety.

In their minds, police departments’ roles are to protect them from "those people" regardless of how they do it— until they see it with their own eyes, as was the case with George Floyd.

Blacks had better understand that many of those in the progressive community will not hesitate to use race when it’s to their advantage.

Black liberal CNN commentator Van Jones got it right when he said that a white liberal Hillary Clinton supporter can be the greater threat to black Americans.

He was referring to Amy Cooper, the white woman walking her dog in Central Park, who called the police because a black male told her to put a leash on her dog.

The question is how many of those liberal white protesters who say there is not a "racist bone" in their bodies and yell "systemic racism" will use their race when it suits their economic or educational interests?

Previous post African nations seek scrutiny of US, others over systemic racism