What to do when good wheat goes bad 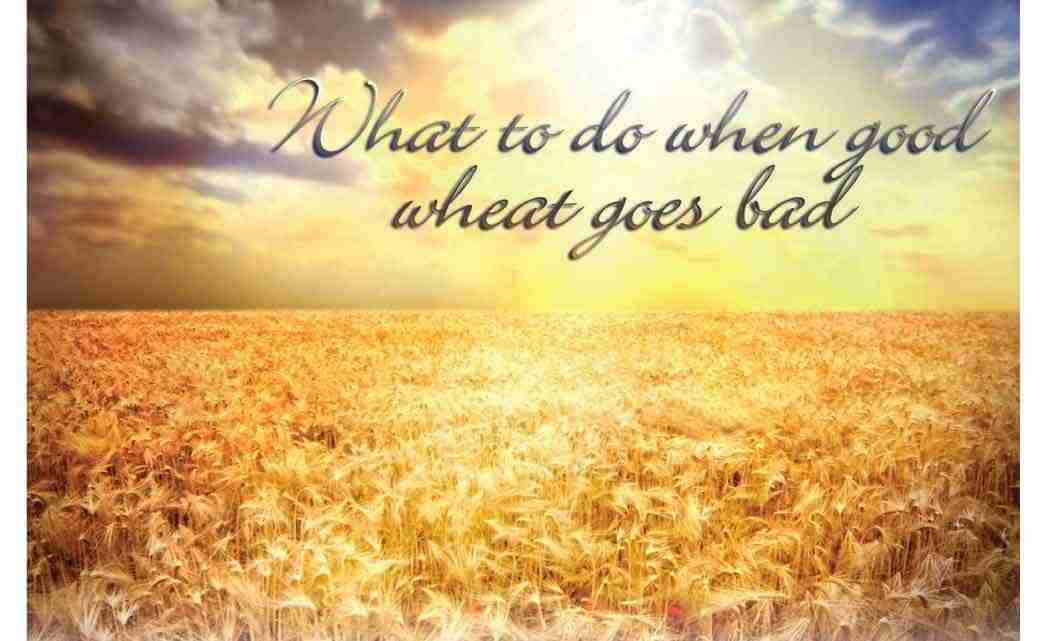 “The owner’s servants came to him and said, ‘Sir, didn’t you sow good seed in your field? Where then did the weeds come from’? ‘An enemy did this’ He replied. The servants asked him, ‘Do you want us to go and pull them up?’ No. He replied.” (Matthew 13:27-29a NIV)

Many of our best intentions and our most earnest efforts in life ‘go bad.’ We fall asleep and while asleep, bad seed (evil actions) are sown into our life investments. As a result, good work that we have planted gets corrupted and what should be a good harvest suddenly goes bad.

In the above ‘Parable of the Weeds’ (Matthew13:24-30), there is an important lesson and major thesis behind Christ’s explanation (Matthew 13:36-43) of the parable. He appears to be telling us in the parable and later on in explanation, ‘Why good things go bad.’

Every few years, weeds are also sown into our society. Candidates then emerge onto the political scene pledging reform on every stage in the national, state, county, city and even on the school board level.

Sometimes it happens because good people think the political system is corrupt or that society needs more progress. Or, an idealistic person starts a reform movement because they believe that others aren’t being treated fairly and they can do a better job.

Unfortunately, we often find those same people who worked for reform being called the scoundrels because they have sold themselves out to the very evil they fought against. Once in office, many forget their vision of change. Consequently, many people have given up on politics. They refuse to vote because they are no longer hopeful that people with integrity and the commitment to do the right thing will ever being elected.

I have learned over my 37 years in ministry that distinguishing the wheat from weeds when both are young is hard to do because both, when young, are green and look much the same. What Christ says in this parable is true; we must be careful because as humans we are capable of making huge mistakes and of being wrong.

This premise also explains why Jesus says “No,” to the question of whether the disciples should pull up the weeds. Attempting to discard weeds may lead to inadvertently uprooting the wheat; destroying it or mistakenly tossing it into the furnace with the weeds.