Who taught haters to hate? 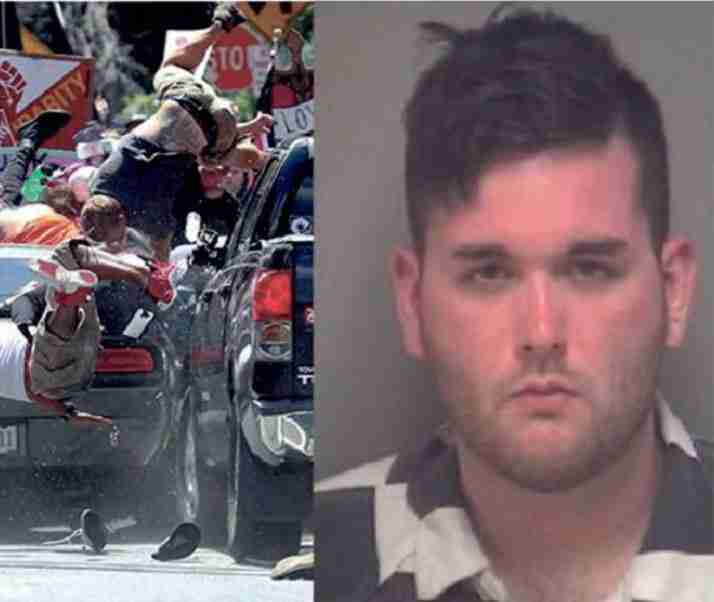 The driver who rammed counter-protesters at a rally in Charlottesville has been idenfitied as 20-year-old James Alex Fields Jr. of Ohio.

The last time I was in Europe I was in Den Haag, Holland, also known as The Hague. I was there to attend The North Sea Jazz Festival, one of the largest music festivals in the world.

More than 150 artists were scheduled to play at a variety of concert halls and other venues and it seemed like music was being played from early mornings to around dawn of the next day.

Covering the jazz festival for media companies in the United States, I would pick some high profile artists to see and interview but it was impossible to see every act. After seeing some shows, doing some interviews and taking some photos I would get tired and find my way back to my hotel.

One day I finished work early and decided to return downtown to take an early evening walk. As I was strolling, I heard some incredible jazz that seemed to be coming from a sort of dive bar, a small European hole in the wall, so to speak.

When I walked into the place I noticed that I was the only Black person in there. I looked on the stage there was a Nazi band playing songs by John Coltrane, Miles Davis and other greats.

Nobody bothered me or said anything to me. The greatest animosity I felt was not about my skin color, it was more about my American accent and nationality. Some Europeans think that all Americans are rich and privileged.

Conservative and right wing people around the world are different.

There are no racists like American racists!
Thousands of ku klux klansmen, Neo Nazis, skin heads, white supremacists and armed militia groups faced off with counter-protesters during a recent violent and chaotic rally that raged for hours in Charlottesville, Virginia that resulted in the deaths of at least three people.

Billed as a march and rally, the racists didn’t gather to pray for peace on earth and goodwill towards men. The devil’s disciples came there to fight. You could tell what the group was prepared to do by the helmets they wore and the weapons they carried.
And, at least one of them came there to kill!

James Alex Fields Jr., 20, was arrested for driving a speeding car into a crowd of counter-demonstrators and then backing the vehicle up to injure more people. He was charged with one count of second-degree murder, three counts of malicious wounding and one count of failing to stop at an accident resulting in a death, according to police Col. Martin Kumer.

Instead of calling the incident an act of white supremacist terrorism, President Donald Trump said, “There is no place for this kind of violence in America. Let’s come together as one.”

However, some of the racist, fascist and violent demonstrators identified themselves as Trump supporters, and among them was white supremacist David Duke, who told reporters that the rally “represents a turning point. We are determined to take our country back. We are going to fulfill the promises of Donald Trump. That is what we believe in and that is why we voted for Donald Trump.”

I don’t know how many white supremacists there were at the hate filled event in Virginia but I do know there are millions of racists in your city, state, neighborhoods, on your job, at your school, in stores where you shop, on police forces and everywhere else you can imagine! I know you don’t like for me to write like this but what you are reading is true.
Who taught the haters to hate? They were not born haters. They did not come out of their mother’s wombs hating Blacks, Jews, Gays, Hispanics, Muslims and other targets of their hate.

Perhaps, the President can’t come out strongly against white supremacy because many of his closest government staff people are racist bigots that hate a variety of races, creeds, colors and people’s choices of worship.

More than likely, the haters were taught to hate by momma and daddy and other racists in their cities or neighborhoods or on social media sites that they frequent!

White racists don’t want to be in the minority. Their greatest fear is the fear of a “Black” nation and planet.
The philosophy and teachings that hold one race superior and all others inferior must be discredited and abandoned. The color of a man’s skin has no more significance than the color of his eyes.

Teach your children. Let’s teach all of our children the truth! Teach them to protect their loved ones at all times and to defend their families and their communities by any legal and honorable means necessary! Buy Gantt’s latest book, “Beast Too: Dead Man Writing” on Amazon.com and from bookstores everywhere. Contact Lucius at www.allworldconsultants.net. And, if you want to,“Like” The Gantt Report page on Facebook.

Next post Nothing Trump does or says will ever be right