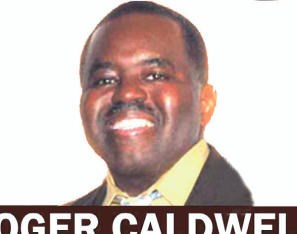 Why are there so many teenagers in America who own guns, with ownership condoned by their parents? It is time in America to find out, who owns guns legally, and determine what are the demographics and characteristics of a typical gun owner. Why do so many Americans believe they need a gun, and what is the purpose of a gun?

The right to own a gun responsively is protected in the Second Amendment of the United States Constitution. “In the United States, access to guns is controlled by laws under a number of federal statutes. These laws regulate the manufacture, trade, possession, transfer, record keeping, transport, and destruction of firearms, ammunition, and firearms accessories,” says the Wikipedia Encyclopedia.

In America gun violence results in tens of thousands of deaths and injuries yearly. “Compared to 22 of the high income nations, the U.S. gun related homicide rate is 25 times higher and around 109 per day. Although the U.S. is half the population of the other 22 countries, the U.S. had 82 percent of gun deaths, 90 percent of all women killed by gun deaths, 91 percent of children under 14, and 92 percent of young people between ages 15 and 24 killed with guns,” says the Wikipedia Encyclopedia.

When Americans study their history with guns, they should be working to get guns off the streets, and out of their homes. There are too many accidents with small children in our homes, and too many teenagers try to resolve conflicts with guns. In the inner cities ages 15 to 24, the young men own guns, and they are ready to use them.

In 2020, America became the Wild West, and there were more gun deaths in the U.S. than any year in over two decades. Even a pandemic could slow down gun violence, and there were 611 mass shooting yearly. In almost every state, they allow for concealed carry arms, either permit less or with a permit.

In the most recent mass shooting in Michigan, there should not be a major surprise, because there are almost 2 mass shooting every day in America. Each one is tragic and freighting, but it appears that nothing is done.

This most recent mass killing started with the shooter Ethan Crumbley, 15 year old getting a Christmas present from his father, a semiautomatic 9 millimeter Sig Sauer handgun. Everyone including the parents, teachers, and students knew this student had mental health issues, but nothing was done.

In America, the problem is that everyone is afraid to take action, so the school leadership allowed this student back in the school, and no one checked to see if the student had a weapon. The parents were aware that their son was a time bomb ready to explode and they assisted him by buying a gun.

There is something wrong with the system when a 17 year old travels across state lines, and murders two people. Killing is in the American psyche, and our children think they need a gun, in the inner city. You are not a man until you own a gun. Many parents are aware that their children own a gun, but the parents say nothing.

There is a gun community in America, and most of the Americans in this community own more than one gun. No one outside of that community can criticize anyone in the community, and their protection is the Second Amendment.

As more people continue to die as a result of gun violence, it is past time to say something. Convincing Americans that they don’t need 10 guns is a challenge to the gun business, because their profits would suffer.

It is time to raise our voices and get guns off the streets, and explain to families they don’t need 10 guns. The gun community must be challenged, starting with the NRA, and create gun courts to get high risk repeat offenders off the street. There are too many horrific tragedies, and there are too many guns in America in the wrong hands.

Previous post With Earth ailing and humankind in distress, rivalry for power and profits intensifies in space