Why international trade should be a national priority 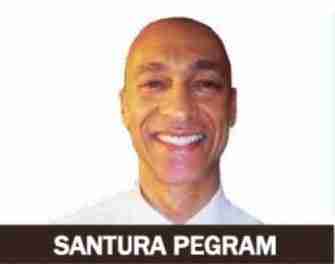 Many Americans wonder why the topic of international trade is such a big deal. To many it sounds somewhat important, perhaps even quasi-political, but what benefit does it actually have for you and other people?

Well, considering the fact that the United States economy has shifted from being solely dependent upon manual labor in factories, toward a more automated production and technologically advanced workforce, most operations involving unskilled labor are now viewed as dinosaurs.

Thus, millions of workers who are unfamiliar with modern technology have been left unemployed and/or ill-prepared for the future. Consequently, they often are dependent upon taxpayer-funded governmental assistance and other social programs.

Therefore, given that international trade (which is the exchange of goods and services between two or more countries) plays such a pivotal role in feeding not only local economies, but the global economy as well, more people should be demanding that the current U.S. presidential administration (and future administrations) re-direct their attention toward such a pertinent subject instead of wasting time dealing with trivial issues.

In recent years, the significance of international trade was never understood better than when George W. Bush, in 2002, was forced to step in and become the first president since Richard Nixon to invoke the Taft-Hartley Act emergency clause to stop an intense longshoremen strike.

This massive 11-day shutdown led to the immediate halt of 29 West Coast seaports and was estimated to cost the U.S. economy over $2.2 billion dollars each day it lasted. Simple necessities such as toilet paper, canned and/or frozen foods, and an array of other items Americans use every day were suddenly scarce and not easily found on store shelves. Few people wanted to imagine what conditions would have looked like if the strike had lasted longer. It was an economic hurricane between management and labor that most had never seen before, but it proved how impactful trade is to the world and how instrumental labor workers are to the economy, because not every job can be automated.

Although the United States is still, momentarily, one of the most technologically advanced countries on the globe, consider how far we could be – economically – if we were to implement a serious International Trade Master Plan for America.

Political puppets, Wall Street greedmeisters and corporate con artists are quick to claim the U.S. is still the most powerful country on the block in every category. And, from their seats it might appear so. Anyone with a moderate degree of intelligence, however, recognizes that is far from the average person’s perspective.

Anyone who thinks otherwise needs to spend some time learning about the relevance of the BRICS nations – the association of five major emerging national economies, Brazil, Russia, India, China and South Africa – and study each of their trade endeavors.

While the U.S., as a country, may enjoy pros in the form of political, social and religious freedoms of expression that few other countries can, there are overwhelming financial cons that hinder fulfillment of enjoying such luxuries in the U.S. So the robbery of a quality life for common people is a reality.

Research has proven that far too many U.S. companies focus primarily upon domestic sales and aim to benefit few besides their own boards of directors and C-suite executives, all while placing little or no emphasis upon international sales. It’s a big world out there, so much so that the question is often raised why are American companies limiting themselves.

First and foremost, if American businesses expect to survive in the 21stcentury global marketplace and grow profit-wise, they must implement measures which not only include a strong emphasis on international sales, but also take a serious approach to building the morale of employees and abandoning the mindset of reducing their workforce while expecting to earn the same or greater profits with fewer employees, merely to appease their boards and senior executives. Also, eliminate golden parachute perks reserved for senior management figures.

In supporting such a plan, business leaders also need to push elected officials at every level to create more business (tax)

incentives geared toward small to midsized businesses that hire and retain steady or increasing numbers of employees. Banking, credit and/or financial institutions should to be prodded to loosen their loan requirements for small businesses; local/state governments must make it easier for businesses to do international trade; and the federal government should reduce tariffs and remove other sanctions which hinder international trade in the form of U.S. exports.

If American businesses and governments – together – can succeed in breaking those barriers, and if unskilled workers take the initiative to become skilled in keeping up with a changing society, the U.S. will be well on its way to a brighter future.

Santura Pegram is a freelance writer and business professional. A former protégé-aide to the “Political Matriarch of the State of Florida” – M. Athalie Range – Santura writes on topics ranging from socially relevant issues to international business to politics.

Next post Benefits from good preschool programs could be enormous