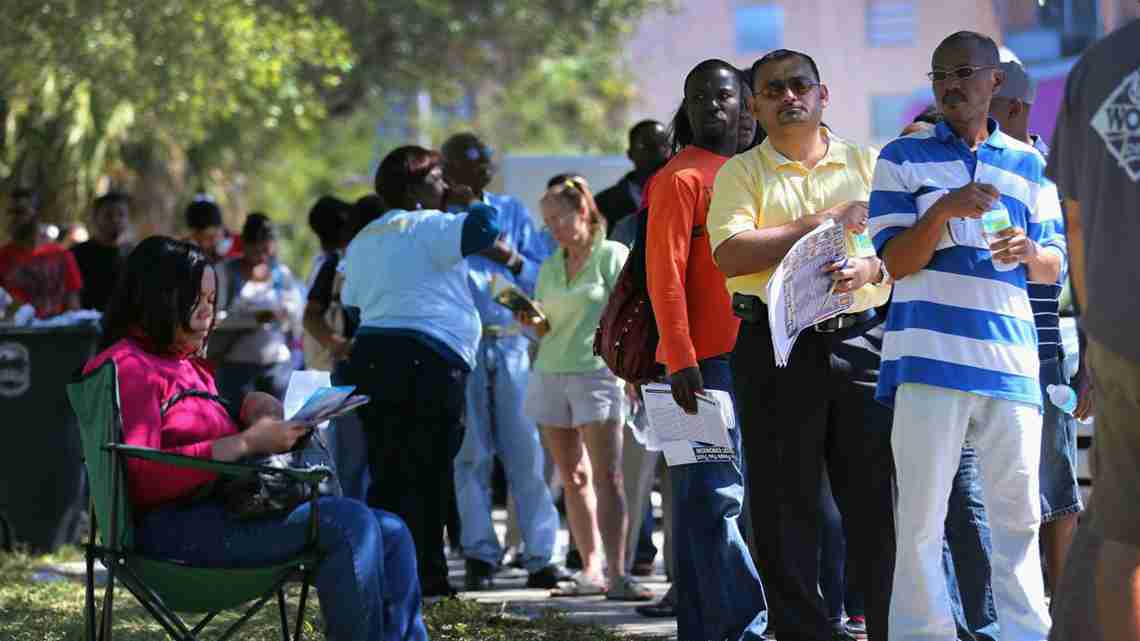 Will Rick Scott remain Florida’s governor or will Charlie Crist beat him in the November 4th election? Unfortunately for many black people, whether “under the tree” or downtown sipping lattes, neither candidate Crist nor incumbent Scott registers excitement.

However, precisely because most black voters are Democrats, they will, more than likely, hold their noses and vote a democratic slate right down the line. Charlie Crist, now running as a Democrat after badly losing the 2010 U. S. Senate race as an Independent to ultra-conservative Republican Marko Rubio, is keenly aware of black voting habits.

(Unless you were under a rock or are pained to remember the debacle, then black Democratic Congressman Kendrick Meek, who could not win the 2010 Senate race, assisted Rubio by splitting the black vote with Crist. So Rubio won the race by one percentage point. Selfish, stupid stuff flushed the black vote right down the drain. Rubio doesn’t owe black people a thing!)

Charlie Crist was the Republican governor of Florida from 2007 to 2011. In 2010 he became an Independent and in 2012 he switched to the Democratic Party and supported Barack Obama’s successful reelection bid. Scott squeaked by in 2010 and became governor with the help of his black female running mate Jennifer Carroll and some 60 thousand black Republican votes. Under very suspicious circumstances, Scott sidelined, then got rid of, Lt. Gov. Jennifer Carroll.

A chagrined Alcee Hastings, the very popular black Democratic Congressman from Miramar is on record for going-off on Charlie Crist for not naming a black to his hoped to be cabinet. Early on there was speculation that Crist would name a black as his lieutenant governor running mate, but he didn’t. Instead he chose Annette Taddeo, the female Hispanic Democratic Party leader of Miami-Dade County.

Taddeo is a 47-year-old successful businesswoman whose full name is Annette J. Taddeo-Goldstein. Her father, Anthony Taddeo was an Italian-American from New Jersey and her mother is Colombian. Annette came to America as a 17 year-old and lived in Huntsville, Ala. She converted to Judaism and married Eric Goldstein, but does not use her married name on the ballot.

After being named Charlie Crist’s running mate, it was learned that candidate Taddeo’s voter registration says she is “non-Hispanic white.” Her staff denied that she was aware of that. So with Taddeo-Goldstein for lieutenant governor, Crist has the first Hispanic female candidate for that position who is a popular party leader and prodigious fundraiser. And, she can deliver coveted Jewish and Hispanic votes.

Apparently, Charlie Crist figures he knows how to woo black voters. His office in the heart of Fort Lauderdale’s black community is filled with young, white political people and a few black community workers. Crist will be very visible at important black affairs during this final month of campaigning. He will especially make the rounds of key black churches throughout the state.

Now here’s a candidate who wants black votes, but refuses to name a black person to his cabinet! Here’s a man that wants to be governor, again, but he offers no discernable quid pro quo for black votes. Charlie may make it happen because he knows black voting habits. Blacks will either vote for him or stay home. The end game is to keep black votes from going to Scott.

Since Charlie Crist nixed a black person as his lieutenant governor running mate and, thus far, no black person has been named to anything, Congressman Hastings suggests Gertrude Walker of Fort Pierce for Secretary of State. Walker is the longtime black Supervisor of Elections for St. Lucie County.

Gertrude Walker has been with the Supervisor of Elections office for 32 years and has acquired an encyclopedic knowledge of election laws and processes. The Secretary of State has become a pivotal position nationally in interpreting election laws and implementing rules and procedures.

As Elections Supervisor, Walker is not free from controversy having won wars against the Tea Party, former black conservative Congressman Allen West and others. West and the Tea Party sued Walker’s office charging voter fraud in his 2012 reelection loss to Democrat Patrick Murphy.

Al Calloway is a longtime journalist who began his career with the Atlanta Inquirer during the early 1960s civil rights struggle. He is writing a book of essays. He may be reached at Al_Calloway@verizon.net