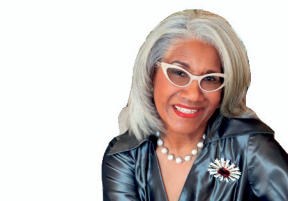 Our bodies. Our minds. Our selves. The month of March is Women’s History Month. Why just one month to celebrate 51% of the world’s population? And only one day, March 8, to celebrate International Women’s Day?

This is just as mystifying to me as having just one month – Black History Month- to recognize contributions of Black folk, the ﬁrst people, to humanity. Speaking of the ﬁrst people, I just recently learned more about the “discovery” of a city in southern Africa dating back to more than two hundred thousand (200,000) years. Hmmmm.

Which reminds me, again, that everything is political. Even the origin stories we have adopted. I’m sure the origins of humans include females in ‘originating’ positions.

We already know that some very early recognized deities were mother-Gods; that history has also recorded the existence of and reverence for female rulers, warriors, conquerors, etc., in multiple societies around the globe.

But those were then, so long ago….

What about women in this current era?

Being born as a female in modern times is fraught with political implications: at the center of debates about rights to our own agency, i.e., reproductive rights, being forced as a child into marriage, being paid a fraction of the earnings of our male counterparts for equal work, being threatened with the ax of sexual assault as a means of intimidation, or being killed to preserve the honor of a family, etc.

The list is long. The issues run deep. The fractures tear at the central concepts held by too many about what it means to be female. Not to mention how adjustments to the fluidity of gender identity and pronoun assignments have thrown the current debate into long, seemingly endless debate and disagreements.

Black females have additional targets pinned on us as we navigate political mineﬁelds. We are constantly ﬁghting to defend our skin, our hair, our voices, our hips and thighs; the very audacity of our being alive. “…. Stoney the road we trod……”

Just the other day, Amanda Gorman, America’s youth poet laureate, who is still being touted for her 2021 Inaugural Poem, posted that she was interrogated by a (White) security guard as she approached her own building because she looked “suspicious”.

At ﬁrst, she reflected in her Instagram: “One day you’re called an icon, the next day a threat.” In part two of her post, she brilliantly clapped back by declaring, “In a sense he was right, I am a threat: a threat to injustice, to inequality, to ignorance. Anyone who speaks the truth and walks with hope is an obvious and fatal danger to the powers that be. A threat and proud.”

Oh, but if only everyone, born into a female body, and everywhere, could feel so brave, bold, and free.

Especially those born as Black women, in all our iterations.

So, what are we teaching our daughters and those standing on our shoulders when we settle for a month? Or when we settle, period?

“Thank you” to all who continue to post information to remind us of the ‘ﬁrsts’; the accomplishments by brave, bold, and free Black women in history. I implore you not to stop these postings on March 31st. There are simply too many to name and honor in such a short timeframe, and their examples are too great to sequester into a thirty-one-day period.

No, as half the world, the position and political clout of females, particularly Black women, needs to be elevated to equal time – across the board – and seamlessly incorporated into the pantheons and hallmarks of humanity – simply treated with dignity and respect; their just due.

This world is so unfair!

So, where to begin?

Like me, maybe your world begins right where you live – in your own home. Ask yourself: how do you think about your own self? Do you speak lowly to yourself, to your mother, sister, other women relatives, and friends?

Practice your own elevation. Declare afﬁrmations of self-love. Practice extreme self-care. And like Ms. Gorman suggested, be a threat…”to injustice, to inequality, to ignorance”!

I believe that we are on the cusp of a global cataclysm sparked by climate crisis, driven by a world-wide pandemic, and teetering on the brink of a nuclear Armageddon, pushing us into closer cooperation – with geo-political relationships, as well as in our personal agreements.

And, I see light at the end of the tunnel.

I see a bright future for mankind’s evolution back toward the beginningwhen survival required one hundred percent cooperation. When, indeed, females held up half the sky-365. toniwg1@gmail.com