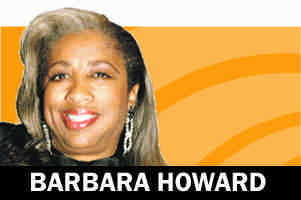 Those of us who are parents, grandparents and great grandparents are considered Elders in the African culture. And as Elders, we have a duty to educate and inform our children about reality so they can prosper and live better lives than we. They are our progeny, our future, and the next generations.

I was invited to participate on a political radio show on WEDR last week. The discussion was a post-election one – what the 2014 mid-term election in Florida meant to the black community.

It was a lively one at times, especially since there were two of us black Republicans and four black Democrats, one of whom was community activist and political consultant Tangela Sears (one of the few vocal Democrats with whom I can have a decent conversation).

Most black Liberals don’t even want to talk to black Republicans, much less compromise. We are called the Radical Right and are told they “hate” us.

Fortunately, the other speakers in the studio were not old enough to be consumed with hate, but they were uninformed, misinformed and confused about black reality.

One was Francesca Menes, Policy & Advocacy Coordinator and Florida Wage Theft Task Force Coordinator for Florida Immigrant Coalition (FLIC). A registered Democrat of Haitian descent, she expressed disappointment that Haitians had not been given the same status as other immigrants, especially Cubans included in the “Wet Foot, Dry Foot” policy.

She was also confused about what President Obama’s proposed Executive Order on immigration would mean for Haitian refugees. Haitian organizations had asked the Obama Administration many times to grant citizenship to their immigrants, to no avail. Yet Menes was silent about her disappointment unless we talked privately.

She even expressed anger about the fact she thought the Haitian community in Miami was being segregated. I lived in segregated Alabama and living in Miami is nothing like living in segregation.

But young Haitian Liberals have learned from an early age that even though America was a safe haven for most immigrants, it was a racist and unwelcomed place for them. They remember being beaten up in school by American-born blacks just because they were Haitian.

Haitian immigrants (or illegal aliens) were always treated differently. Those who risked their lives coming over in unsafe, rickety boats during the Mariel Boatlift in 1980 did not enjoy welcoming arms like Cubans, even by the black community. While President Jimmy Carter gave Cuban refugees special treatment and government assistance, Haitians were locked up in the Krome Detention Center and immediately repatriated, most without a deportation hearing.

I remember around 1985 making a presentation to Haitian refugees at the Veje Yo Community Center headed up by the late Father Jean Juste. I was told I was the first black American to even come into Little Haiti and was even invited to participate in the protests at Krome, which I did.

But most blacks denigrated and resented Haitian immigrants. It wasn’t until Congresswoman Carrie Meek began to fight for them to be given citizenship that black Miami began to treat them with respect. But to this day, they are still treated differently than other illegal aliens, especially those new Hispanic immigrants crossing the Southern border from Mexico.

These young Haitians should see America as “the Land of the Free and the Home of the Brave.” Instead they feel trapped and disappointed. They live in the country that most immigrants dream of coming to; yet they feel like victims, just because they are from Haiti, the poorest country in the Western Hemisphere.

And they see us black Republicans as idiots and “Uncle Toms.” Little do they know who Uncle Tom really was or who we really are.

We must reach more young blacks of Haitian descent and educate them, showing them how to prosper in the greatest country on earth or we will continue to lose generation after generation.

And we will have failed in our jobs as Elders.