A CONVERSATION WITH Jon Saxx 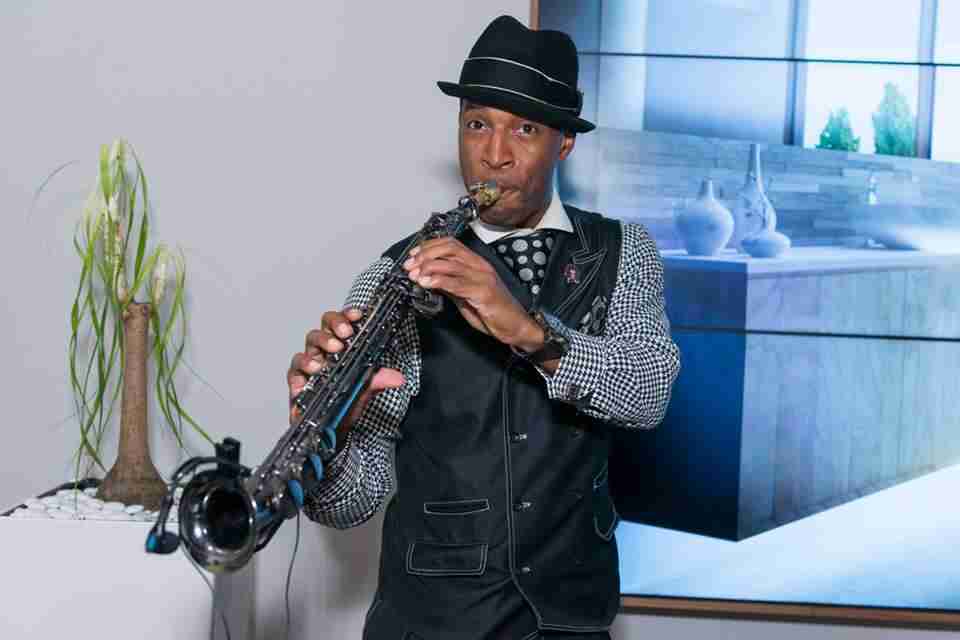 SAXY SOUL: Jon Saxx is a popular South Florida musician who can be found at all types of events – from weddings to concerts to live performances at corporate galas.

Jon Saxx picked up the saxophone when, as a “precocious 10-year old living in Cincinnati, he heard “the calming and harmonious sounds of the sax.” His parents, both former piano players, supported his decision, but with a mandate. They told him, “if we buy this saxophone for you, you are going to play it until you graduate from high school.” He said he was also inspired by his adolescent saxophone teacher, John Wright, who told him to keep his focus on “going beyond the music” by “making music a reality.” The rest, well, you know what they say. The South Florida Times caught up with the in-demand musician to find out how he and the saxophone connected, which musicians inspire him and what his future holds.

SFT: Describe “black music” and its place in the world.

JS: I think that music is a part of artistic expression. Black music, as seen through my eyes, is a musical rollercoaster guided by love and struggle in the minor key using only the black keys. Everyone has a personal soundtrack that they carry with them, but only you can decide what you want to articulate (because) “You are the master of your fate, you are the captain of your soul.”

SFT: Which music-ians/singers inspire you? JS: Stevie Wonder: When my Parents presented me with my first saxophone my father also introduced my first record – “Innervisions” by Stevie Wonder. He imparted this wisdom and it has stayed with me every day of my life: Patti Labelle: I am just a big fan. I am from Cincinnati and I would see her perform every year at the Cincinnati Jazz Festival. I grew up in church playing before my pastor gave his sermons. Voices like Ms. Labelle give insight to a gift from God. Her voice inspired my slogan, “Making music a reality.”

John Coltrane: “Love Jones” is a 1997 romantic drama film that brought together LOVE + ART + THE FREEDOM OF EXPRESSION – this was the first time I heard John Coltrane’s “A Love Supreme.” The first time I really heard Charlie Parker the music and the mastery of the poetry awaken something inside me and the Jon Saxx Experience seed was planted.

SFT: What’s one song you never get tired of hearing?

SFT: What’s your “go-to” song when you need to feel motivated?

JS: “Before I let Go,” by Frankie Beverly & Make. This song turns any frown upside down. (My band and I) opened for Frankie Beverly and Maze at the American Airlines Arena in 2009. “Take Me High,” (by yours truly). I am listening to this right now as I answer your very thought provoking questions.

JS: The Jon Saxx “RED LAVA” Custom Signature Series Saxophone- Inspired by the Miami Heat. When I was laid off in December 2007 from Cordis Corporation, the Miami Heat became my first home. I honor our country with the playing of the National Anthem at the Miami Heat Games, my first game was March 24, 2007 I have been with them ever since.