A touch of humor invades as Star Trek goes beyond 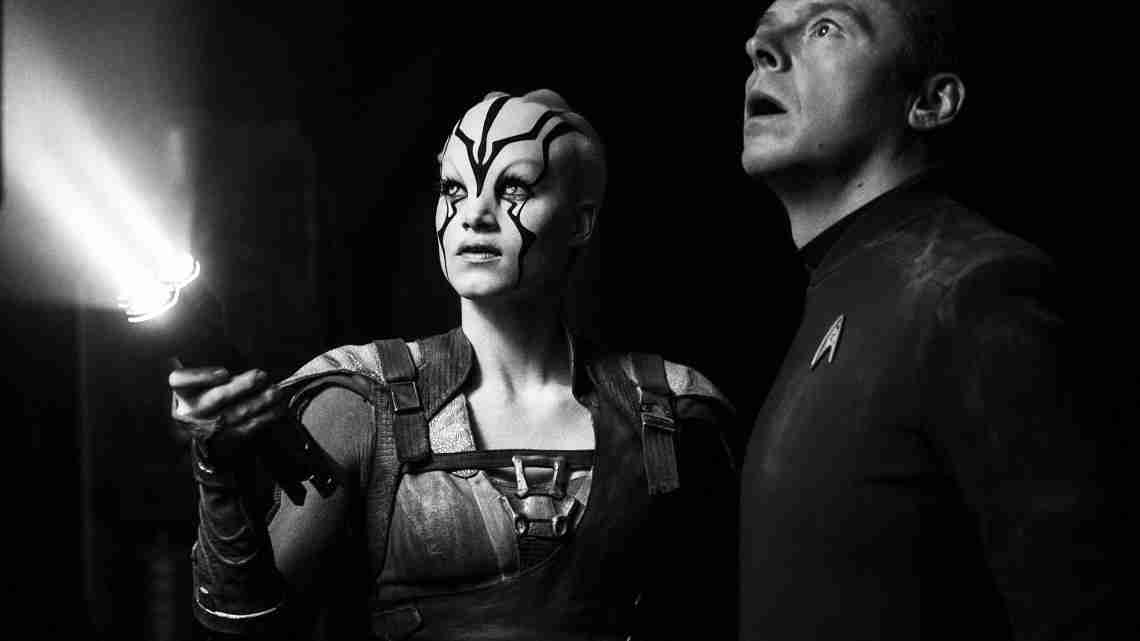 In the previous Star Trek installment, Spock cried. In the latest, Star Trek Beyond, he laughs. And not just a little snicker, either, but a belly-full one. What bold explorations into the farthest reaches of the galaxy hold for Spock no one knows. A sigh? A hiccup?

Star Trek Beyond like most of the rebooted properties flying around our movie theaters, delights in nostalgically resurrecting iconic characters and tweaking them anew. The balance is a delicate one, as seen in the pre-release debate around this film revealing Sulu (John Cho but formerly played by LGBT icon George Takei) as gay.

The scene in question turns out to be a mere moment, lightly handled, showing Sulu greeting his same-sex partner and their daughter after a long mission. It’s all expressed with just a few arms tenderly draped across shoulders. And it’s the kind of welcome touch that director Justin Lin, the Fast & Furious veteran who takes over for J.J. Abrams, has brought to this pleasingly episode-like installment.

The opening scene, fittingly, plays with a smaller scale. Captain Kirk (Chris Pine), on a diplomatic mission, appeals to a snarling beast looming above him in a crowded amphitheater. Enraged at Kirk’s offer, the alien beast hurtles down upon him, only to turn out to be no more monstrous than a feisty bulldog.

The film finds a bored Enterprise finishing up a five-year tour in deep space. The (albeit brief) change of pace is immediately appreciated. The last two beefed-up Star Trek movies, as if overcompensating for decades of Trekkie nerd-dome, threatened to make the once brainy Star Trek less distinct from other mega-sized sci-fi adventures – just another clothesline of CGI set pieces strung together.

Like its recent predecessors, Star Trek Beyond is mostly an assortment of effects-heavy scenes with bits of talking in between. But unlike the previous film, 2013’s bloated Star Trek Into Darkness, not everything is quite so much of a life-and-death issue (the exhausting de facto pitch of today’s summer blockbuster).

The Starship Enterprise, led by Captain Kirk (Chris Pine, looking more natural in the role), is lured through a nebula where a would-be rescue mission turns into a trap set by the villain Krall, whose spectacular army of mechanical drones “bees” he calls them) attack in an overwhelming swarm. In a galactic blitz, the Enterprise is torn to shreds and crashes down on a rocky planet where the ship’s scattered crew tries to gather, survive and understand Krall’s motives. A local becomes an essential guide for them: Jaylah (a nimble Sofia Boutella), a pale loner with black streaks running down her face who helps the crew discover the Federation’s history on the planet.

The backstory, though, never quite gets filled out, and the plot serves as little more than a mechanism to test the efficient camaraderie of the Enterprise crew. Among them: Zoe Saldana’s Uhura, Simon Pegg’s Scotty, Karl Urban’s Bones and Chekov, played by the late Anton Yelchin, a fine actor who’s disappointing underused here. They’re an entertaining enough bunch meandering around, and screenwriters Doug Jung and Pegg (who, as the writer of Spaced, knows plenty about the intersection of comedy and science fiction) have injected some humor to the proceedings.

The heart of the film, though, like the previous two, is the bromance between Kirk and Zachary Quinto’s Spock. They’re Felix and Oscar in outer space, and still the highlight of this batch of Star Trek films.

It’s only late in the film that the alien mask is pulled away revealing the actor underneath Krall: Idris Elba. For those who didn’t place his baritone earlier, the reveal comes as a disappointment. It should be a crime in deep space, as it is on Earth, to shroud such a tremendous force behind mountains of extraterrestrial makeup. But I suppose had Elba been an unadorned baddie all along, the Enterprise might really have finally met its match.

Previous post How ‘Pokemon Go’ went from prank to phenomenon