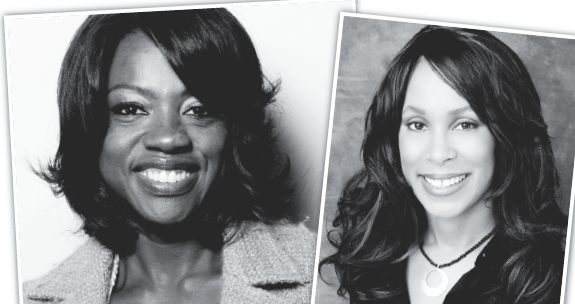 LOS ANGELES (AP) – The president of the ABC Entertainment Group is departing amid low ratings, to be replaced by the first African-American to head a broadcast TV network.

Paul Lee’s successor is Channing Dungey, who has been ABC’s executive vice president for drama development, movies and miniseries, the Walt Disney Co.-owned network said Wednesday. Dungey shepherded ABC hits including Scandal, How to Get Away with Murder and Quantico.

The changeover comes a year after Ben Sherwood became president of the Disney-ABC TV Group and nearly six years after Lee started as entertainment chief. Lee decided to step down, ABC said.

“Channing is a gifted leader and a proven magnet for top creative talent, with an impressive record” of helping to create compelling and popular series, Sherwood said in a statement.

Dungey is both the first black network programming chief and a rare female executive. Change has come faster for women than minorities in the TV executive ranks, with Jennifer Salke serving as NBC’s entertainment president and, at Fox Television Group, Dana Walden sharing chair and CEO duties with Gary Newman.

Dungey’s appointment as ABC Entertainment president comes at a time of increased scrutiny of Hollywood’s lack of diversity on- and off-camera, with attention focused recently on the Oscars’ all-white slate of nominees for this month’s awards.

Dungey said in a statement that she is “thrilled and humbled” by the opportunity. She will not oversee ABC Studios, as Lee did. Instead, its executive vice president, Patrick Moran, will report to Sherwood.

Lee, in a statement issued by ABC, said he was proud of the team he built at the network and wished Dungey and Moran well. He did not say why he was leaving or what his next job would be.

The British-born Lee can claim credit for bringing notable diversity to ABC with shows including black-ish and Fresh Off the Boat. The network also became home to megaproducer Shonda Rhimes’ series that feature multi-ethnic casts and black stars. They include Viola Davis in How to Get Away with Murder and Kerry Washington in Scandal.

“It is a mission statement to reflect America,” Lee told a 2014 meeting of the Television Critics Association. “That’s not so much diversity as authenticity when you reflect America.”

Dungey, a graduate of UCL’’s School of Theater, Film and Television, has been with ABC since 2004, starting with ABC Studios. Previously, she worked at production companies and as a production executive at Warner Bros., handling films including Bridges of Madison County and The Matrix.