After years of mediocrity, Tulsa emerges as hipster hub 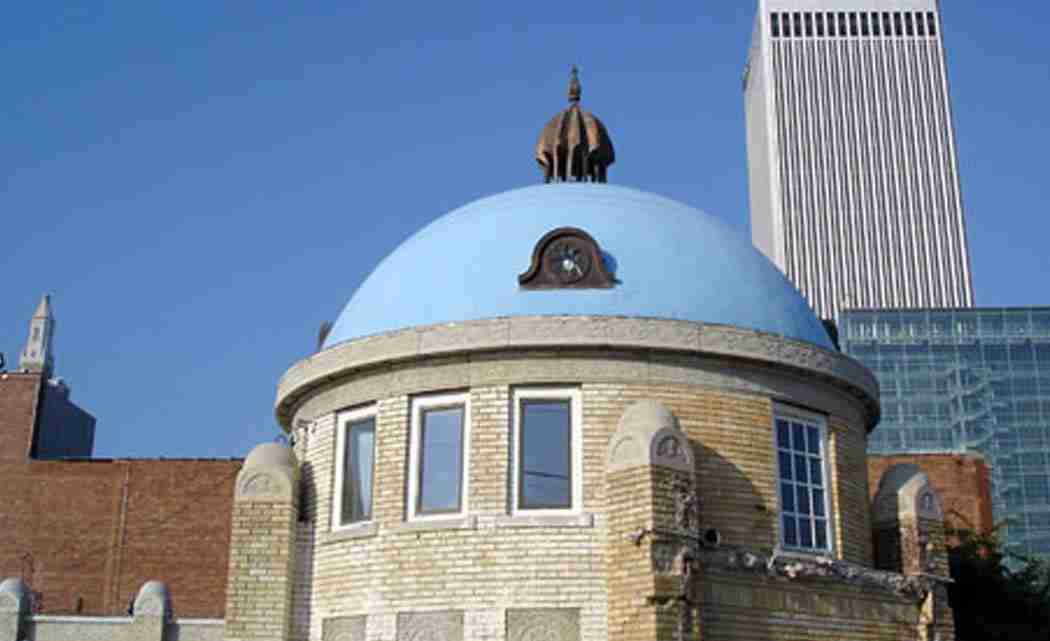 TULSA, Okla. — Punching far above their weight, starry-eyed Tulsans have tried for years to demonstrate to fellow Oklahomans and outsiders alike that the state’s second-largest city was more funky and less in a funk.

With a re-energized downtown and a welcome mat for a much younger generation of business owners and urban dwellers, this meat-and-potatoes Midwestern city of about 400,000 is hitting a stride.

“Seems like there’s a huge portion of people happy to have an Urban Outfitters and Fuddruckers, then there’s a small population section that’s starving for authenticity,” says Brian Franklin, owner of DoubleShot Coffee Co. and an unofficial poster boy for Tulsa’s hipster revolution. Franklin’s straight-up, perhaps fussy, shop rules became the model for a sketch on the comedy show Portlandia after actress Carrie Brownstein visited.

Brownstein wasn’t available for an interview, but explained in a 2013 interview with Splitsider that she’s found hidden Portlandias in places she visits, like Tulsa.

“All over Tulsa are little pockets of collectives and boutiques and artisan bakeries … I feel like that is popping up in so many cities, especially in places like Birmingham or Tulsa, where there was a time where those downtown areas were somewhat abandoned and people moved to the suburbs,” she said.

Leaders campaigned to land one of four retiring NASA space shuttles a few years ago, but lost out to mostly larger cities. Two years ago, straight-faced boosters wanted to assemble a bid to host the 2024 Summer Olympics, $3.5 billion price tag and all.

And, perhaps most memorably, thousands of spectators watched in 2007 as crews hoisted a 1957 Plymouth Belvedere out of its concrete tomb below the courthouse lawn, only to find that the time capsule on wheels was a rusted, muck-caked mess. The gimmick didn’t take into account that 50 years of Oklahoma weather could wreak havoc on anything, even Miss Belvedere.

In the time since the rust-bucket incident, Tulsa’s slowly fashioned a downtown with a new arena, ballpark and epicenter of thriving nightlife called the Brady Arts District, a once-rundown swath of concrete and abandoned warehouses carpeted with weeds and syringes that was aching for a second act.

Brady’s success is a Valentine to Tulsa’s creative class: hole-in-the-wall bistros, art galleries and studio space, the national Woody Guthrie Center, legendary music venues like Cain’s Ballroom and Soundpony and a trendy gay nightclub, among many others. The revival that’s taking place in Brady is part of the reason The New York Times dubbed Tulsa one of the 52 places to go in 2015.

“My downtown’s an exciting place,” says Natasha Ball, whose family has lived in the Tulsa area since before statehood. “There are teenage kids going into Cain’s and doing a poetry slam about the Tulsa Race Riot.” The riot was a 1921 attack by whites on a wealthy black community in which some 300 African Americans were believed killed.

Way before blogs were considered a thing, Ball started one in 2005, showcasing adventures that could be had in her beloved city if folks would just walk that extra half-block or get over misplaced fears and park in a supposedly sketchy part of town. TashaDoesTulsa soon became required reading for plugged-in locals during its seven-year run.

For Franklin — sipping an Americano out of a piece of Navajo pottery at his shop, which calls itself “the white buffalo of coffee” — hip isn’t found by bolting to seemingly greener pastures in other places around the country, it’s “stay in town and be cool and make something.”

And Tulsa has put that rusted Belvedere in the rear-view mirror.