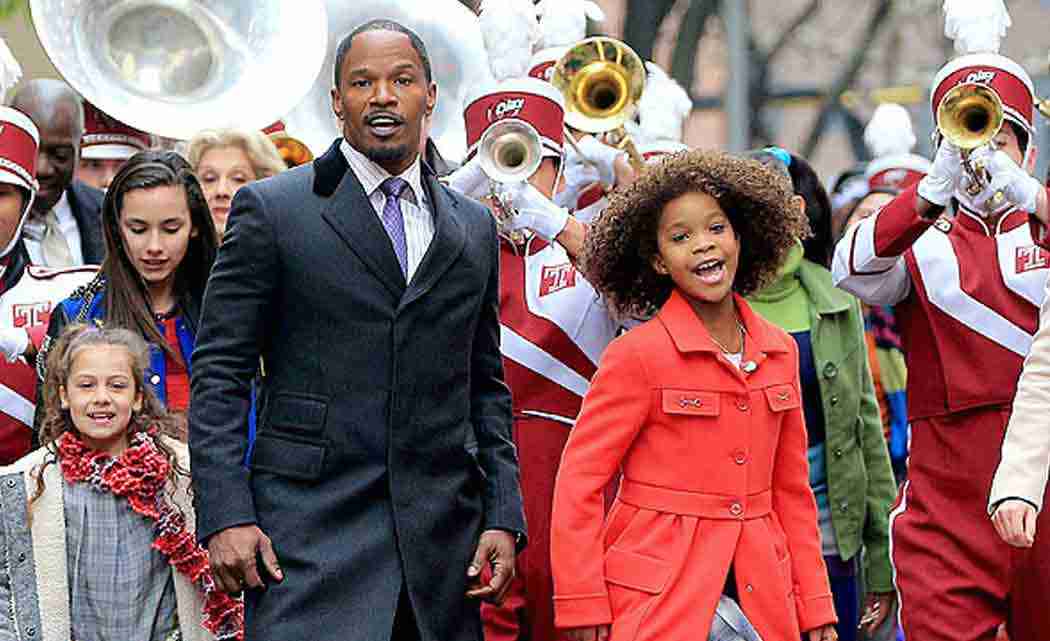 The reboot of Annie is not a Christmas film, it is just right for the season.  In the Will Gluck adaptation (he wrote and directed the film), Annie (played by Quvenzhane Wallis) is a 10-year-old foster child in Harlem, who lives with four other foster girls under the hateful gaze of Coleen Hannigan (Cameron Diaz).  After a chance run-in, Annie meets cell phone tycoon and mayoral candidate William Stacks (Jamie Foxx).  That’s when Will’s campaign advisor Guy (Bobby Cannavale) talks Will into taking Annie in for a few weeks to boost Will’s campaign chances.

Screenwriters Gluck and Aline Brosh McKenna (based on Thomas Meehan’s stage playbook, which was based on the comic strip Little Orphan Annie by Harold Gray) have a nice, heartfelt story of a little girl who just wants what most kids take for granted: parents who love her unconditionally.  It’s a simple story that’s told in a way that will keep the audience entertained and the kids relating to being a kid and wanting to be loved.

Produced by James Lassiter (a long-time Will Smith collaborator), Jada Pinkett Smith, Will Smith, Caleeb Pinkett (Jada’s younger brother), Jay Z, and Tyran “Ty Ty” Smith (Jay’s childhood friend),  this film was expected to be a black version of the classic play/film.  It was also intended to be a family affair behind and in front of the camera, but Willow Smith (daughter of Will and Jada) decided that she wanted to be a kid and the role fell on the talented Quvenzhane.

If you’re feeling a bit of déjà vu, it’s because Wallis’ breakout role was as an orphan in the indie hit Beasts of the Southern Wild.  She was superb in that film and great in Annie , as well.  Who knew she could sing?

Speaking of singing, if you’re not a fan of musicals then you won’t be too annoyed with this film.  The story of love, family, and knowing what’s really important in life is woven into this film, where singing seems to be more of an afterthought than the main attraction.  Given that this is based on an actual musical that could be a bad thing.  However, the play was adapted to cater to people who like movies, not necessarily plays.

Likewise, crowd favorites like Hard Knock Life and Tomorrow have been given an upgrade to appeal to audiences today, yet still hold the same meaning they did for adult audience members who are fans of the 1982 classic, which starred Carol Burnett, Tim Curry, and Bernadette Peters.

As remakes go, this one pays homage to the original, yet creates a fresh take for a new audience.  It tiptoes across the thin line between family friendly and dripping with cheese.  But, this film is for a younger generation, so it’s perfect.

Foxx gives a great performance as a germaphobe candidate, who is allergic to children and has a bad gag reflex. Incidentally, Will Stacks is a nice little update from the “Daddy Warbucks” character in the 1982 classic.

During the holiday season, audiences crave they can enjoy with the whole family, and Annie is just that film.  It shows that you don’t need a big action production budget to draw a crowd.  You just need a good story that speaks to the heart of family.