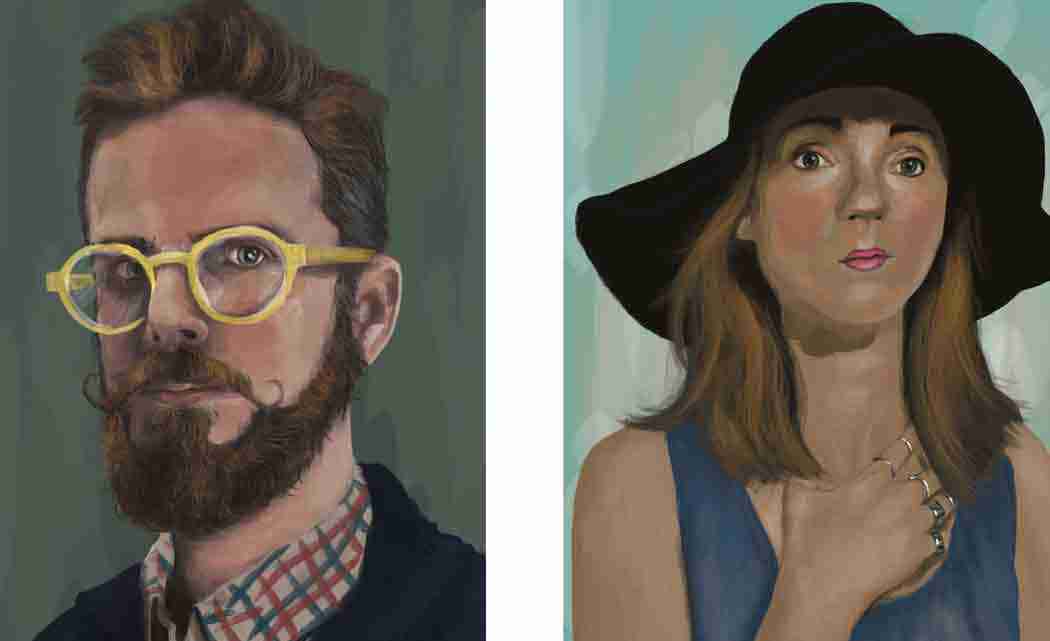 NEW YORK (AP) — Apple is turning its retail stores into art galleries featuring the work of professional photographers and other artists who use iPads, iPhones and Mac computers to create.

Travel photographer Austin Mann used an iPhone 6 to take otherworldly panoramic photos of an Icelandic glacier. Mann, who recalls mowing lawns for a summer as a seventh grader to save up for his first, bright green iMac in 1998, says his use of an iPhone and high-end cameras is “split pretty even” when it comes to professional work.

“In the photography industry especially, when you are getting started you are always seeking gear, ‘If I could only get this $1,000 lens,’” he says. Using just an iPhone to take great photos encourages people to “shift away from focusing on gear and equipment.”

Apple commissioned the work of 12 artists at various stages of their career to create works meant to inspire. Showcasing the people who use its technology — in this case, painters, photographers, filmmakers and other visual artists — is a shift for a company long focused on making its products front and center. The artwork, done on iOS devices and Macs using various apps, is displayed on Apple’s website as part of an ad campaign called “Start something new.” And the Cupertino, California-based company is replacing all product signage in its retail stores with the artwork.

Just as technology has transformed the way we work and interact with one another, it has also changed the way we create. For painter Roz Hall, that’s meant shifting away from the canvases and acrylic paint he started out using in art school to an iPhone app called Brushes. After not painting for many years, Hall in 2010 read about a group of artists who started using their iPhones and sometimes iPads, which had just come out.

“I had an iPhone at home and I downloaded the Brushes app,” he says. “That was a wonderful, simple application.”

It was also challenging. When he painted on a canvas, he painted life-size works. Painting on a 3.5 inch-screen was an entirely different thing.

“What I liked about it was that there was no setup,” Hall says. With all the prep work that comes with traditional painting, he says, “by the time you have everything out the moment has (often) passed.”

Hall, whose website lists exhibitions in cities from San Francisco to New York to Shanghai, says he has not painted traditionally for many years. And he prefers painting on the iPad to using a traditional computer. Using the app Procreate to paint with his fingers on the iPad, “you don’t feel like you are fighting a computer to create your art. You feel connected to the artwork,” he says. “When I first used an iPad, it made me think of cave paintings, or when a child first paints using their finger.”

While some artists may look at digital painting as “cheating” — after all, you can delete mistaken brush strokes — Hall, who lives in Britain, thinks it actually makes artists more daring.

“If you spent 50 pounds ($75) on canvas and another 50 pounds on paint, at some point you are going to get careful. You don’t want to waste what you spent,” he says.

Alistair Taylor-Young, whose photography career spans two decades and has shot for fashion icons such as Armani and Fendi and magazines ranging from Conde Nast Traveler to French Vogue, took photos of rainy cityscapes with the iPhone 6 for Apple’s project. “Crystal Mosaic” uses the phone’s own camera app to bring drops of rain on glass into focus, showing ordinary scenes through a different perspective.

Taylor-Young bought an iPhone in 2007, when they first came out. Having worked with Polaroid cameras early in his career, he found the quality of the original iPhone’s camera very similar.

“It was quite soft and the colors were muted and distorted,” he says. “The moment I picked up the phone and started taking pictures, it reminded me of photography in its infancy. You couldn’t focus, change
exposure. You just saw something and took a photo.”

Previous post The redheads take it on the Golden Globes carpet