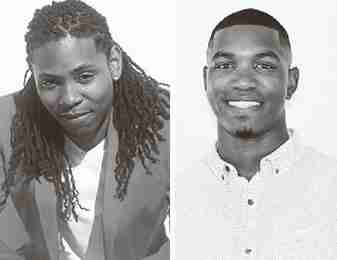 Label artist Paul Jackson is a native of Jacksonville, Fla., and is currently a featured vocalist with B-CU’s Concert Chorale. “I love all types of music but my soul feels complete when I’m singing gospel music. I want to record songs that have an R&B feel and the lyrics give a strong message about faith, hope and the will to overcome any adversity.” Paul’s first single for HBCU Records, Champion, co-written by Paul, reflects his personal journey of the trials and struggles he encountered as a youth that he was able to overcome.

DJ DGlove (Daniel Glover), the label’s DJ extraordinaire, is an Army war veteran, who returned to B-CU in 2015 to finish his education. DGlove was born into a family of DJs beginning with his grandfather.

”I used to go with my grandfather and father to their gigs and loved to watch the way they had the crowd dancing to all types of music from every generation. I’ve incorporated what I learned from them to form my own unique style.” DGlove has accompanied many artists during their Florida shows including French Montana, Ariana Grande and K Camp. DGlove has recorded the single, Good Time, with Curb Records artist Larry Gordon for HBCU Records.

HBCU Records was formed by the Mike Curb Music Business, Entertainment & Sports Institute (Curb Institute) on the campus of B-CU. Mike Curb, the legendary record company mogul,politician and NASCAR owner, provided the endowment for B-CU to create the Curb Institute.

Next post Obama: Grads have a mandate to change America