Beyonce truly is one of the greatest 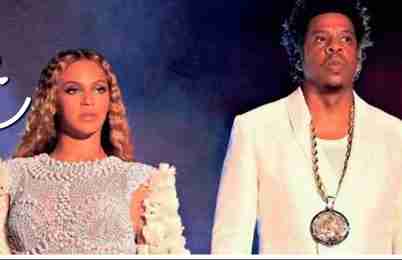 MIAMI GARDENS, Fla. – I’d heard that Beyonce was one of the greatest performers of all time, but I thought her fans were exaggerating. Friday night, I left the Hard Rock Stadium in complete awe, totally transformed into a “BEYliever” and ready to join the chorus of fans who refer to her as “Queen.”

Before her majesty took the stage, a compilation of Miami-based artists, including Trick Daddy, Trina, Ball Greezy, Yung Miami, and others, welcomed the audience with their DadeCounty anthems; setting the mood for a captivating experience.

After the 305 natives wrapped up their performances, the anticipation began to amplify. As the stage crew prepared the stage for Beyonce and Jay-Z, fans smartly flocked to the concession stands and restrooms to make sure they didn’t miss a beat when Queen Bey took the stage.

Soon, the lights were cut, and our attention was directed towards the screen on stage that flashed the words “This Is Real Life…On the Run II.” The introduction that followed was an aesthetic minimovie that unveiled an intimate side to the power couple we don’t normally see; a guarded, private side only revealed through their music.

The Carters then appeared on stage in all white ensembles; holding hands between two crosses displayed on the screen. Their entrance was as celestial as it was entrancing; reminiscent of a Michael Jackson affect as they stood on stage silently, basking in the audience’s enduring roar.

Music’s power couple opened with “Holy Grail” and had about 60,000 background singers to aid them. For the duration of the concert, seemingly everyone was on their feet, singing each song word for exhilarating word. Mr. and Mrs. Carter performed a few of their hit singles, including “99 Problems,” “Big Pimpin,” “The Story of O.J.,” “Deja Vu,” “Crazy in Love,” “Sorry,” and several others. The stage extended into the crowd which allowed the parents of three to interact even more closely with the audience. At the end of that stage is where the duo sang their more emotional songs, like “Resentment,” and “Song Cry.”
Beyoncé’s alter ego Sasha Fierce – went all out, replacing the poised Beyoncé image and leaving us feeling like we’ve befriended her. Yeah, I’ve heard “Formation” and “Run the World” before, but something about singing along with this force of nature encouraged me to apply a more personal perspective to her songs

Not only is her voice powerful and her dance moves immaculate, but she does both – at the same time – effortlessly. Queen Bey’s show was an empowering performance that left me feeling proud to be black and proud to be a woman.

From start to finish, the Carters delivered an amazing show. This wasn’t just a concert, it was a production. The amount of detail and precision in every minute made it easy to appreciate the couple’s artistry and all the moving pieces that comprise this masterpiece of a show.

These two embody the definition of true entertainers.

I can cross attending a Beyoncé concert off my bucket list, but if the opportunity ever presents itself again, I will leap at it in a heartbeat. If you haven’t seen Queen Bey in concert, do yourself a huge favor and make it happen.