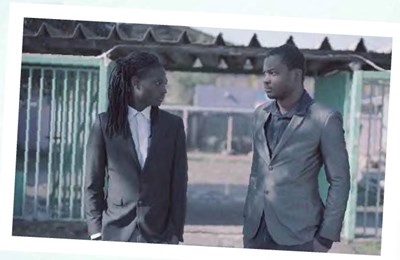 MIAMI, Fla. – With more than 160 independent local and international films, the Miami Film Festival has opened its doors through March 10 – with a helpful guide from Black Lounge Film Series on what to watch relating to the Black global experience in cinema.

This year the festival held at various venues is packed with films made by and about women, the African Diaspora, Asia, Latin Americans, the LGBTQ community and more.

The focus for Black Lounge Films – a unique film series centered in the historic Overtown community – is to spread greater understanding of the context of what it means to be black all over the globe – asking the question, “What does the African Diaspora face from a contemporary global setting due to race?” – and using cinema as a platform to explore those themes.

Winners of the 2016 Knight Arts Challenge, the Black Lounge Film Series has staged monthly film showcases that show movies to uplift black culture in an area whose own culture is often overshadowed.

The unique curators seek to discover and honor black filmmakers as well.

Spearheaded by Haitian-American filmmakers Rachelle Salnave and Jean H. Marcelin, the showcases have created niche cinematic gatherings for the past several years that examine Haiti and the Diaspora through a traveling Florida film series.

“Cinema is an excellent platform for understanding people’s triumphs and struggles,” said Salnave. “It’s also a fantastic way to continue to retell stories about our legends and future icons.”

Socrates is a 15-year-old boy living a hardscrabble life on the margins of São Paulo. After his mother’s sudden death, he finds himself alone and without any kind of support. As Socrates searches for a new sense of family, he learns on a whole new level what being an adult is all about.

(Part of the Shorts 2 Film Program) Shot in Liberty City, Alex and Milagros deal with the disappearance of a loved one’s memorial amidst great life upheaval.

In this fictional but documentary style film, “Perro Bomba” follows the life of Stevens, a young Haitian man who tries to find balance in his new home, Santiago de Chile, until his friend from Haiti visits and shakes up his world.

Robert McQueen (Jimmy-Jean Louis) is a Los Angeles therapist with a clientele exclusively of well-to-do women. On his way to a regular appointment with a particularly unhappy married woman, Robert is ambushed and held hostage by three masked men.

At the core of the incremental bloodshed associated with drug trafficking, hyper masculinity and lack of gun control, a group of former gangsters from Denham Town attempt to put an end to the senseless cycle of violence they find themselves born into. MILES DAVIS: BIRTH OF COOL Legendary filmmaker Stanley Nelson, uncovers another side of cool of legendary jazz musician, Miles Davis.

In this powerful documentary, art gallery owner and entrepreneur David PierreLouis, a Haitian-American living in Seattle, travels to Haiti looking for his mother after the earthquake hit the island. What he uncovers is love, strength and hope on his new found journey.