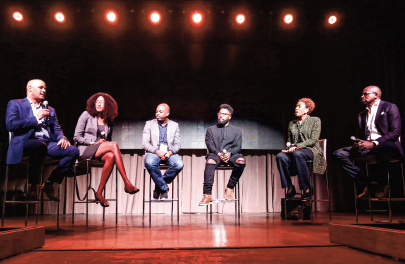 Silicon Valley had nothing on the Magic City last week as Black Tech Week offered several days of powerful workshops, information and motivation designed to get more blacks engaged in technology

Highlights from the event included:

The success of this year’s event moves founder Felecia Hatcher closer to her dream of rivaling Global Entrepreneurship Week, which has people all over the world doing programming and events and initiatives under the umbrella of promoting entrepreneurship.

“I look at Black Tech Week as having the exact same potential, where during Black History Month, people all over the world are doing programming that not just highlights innovators of color, but around entrepreneurship, innovation, technology and creativity as it   relates to people of color.”

If you missed it this year, put the event on your calendar for 2017. You can also stay plugged in by subscribing to their newsletter at blacktechweek.com.