Blacks urged to own their own studios and networks 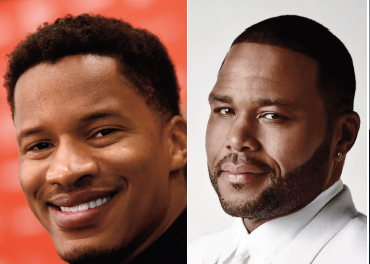 LOS ANGELES (AP) –On the eve of an Academy Awards under fire for a lack of diversity, Ebony magazine celebrated the best of black cinema as black-ish star Anthony Anderson and Birth of a Nation filmmaker Nate Parker urged fellow black stars to realize the power of the community to make lasting change in Hollywood.

“If we are going to move forward and use this moment as a movement, I think we have to recognize that everything we need to validate ourselves is in this room, right now,” Parker said to the mostly black crowd on Saturday night. “Let’s not get consumed with begging to be allowed in other rooms when all the tools we need are here.”

Parker is a rising star in Hollywood: His biopic of slave rebellion leader Nat Turner, The Birth of a Nation, is one of the most anticipated movies of the fall after debuting to raves at the Sundance Film Festival. But this Oscar season, the focus has been on the all-white acting nominations and the lack of opportunities for people of color in Hollywood. Spike Lee, Will Smith and Jada Pinkett Smith are among those who skipped the Academy awards over diversity concerns.

Anthony Anderson, the Em-my-nominated star of the sitcom black-ish, told the crowd that it was an exciting time in Hollywood but one that needed to be built upon.

“Now it’s up to us to come together and make something happen,” he said. “How are we going to band together to become our own United Artists and own our own library and own our own studios and own networks? That’s what it’s about, it’s about ownership. I stand before you owning black-ish.”

He added: “Once we kick the door in, it doesn’t mean anything if we’re not bringing anyone else through it.”

But the event, sponsored by iTunes, was more than just serious talk. Nick Cannon got the crowd, which included Brandy, Ryan Phillippe, Boris Kodjoe, Nicole Ari Parker and Holly Robinson Peete on the dance floor as he spun old-school R&B and hip-hop classics.

Among the films singled out for excellence by Ebony included Dope, Girlhood, Concussion and Creed.

Next post Queen of Soul and Usher among 2016 JIG lineup