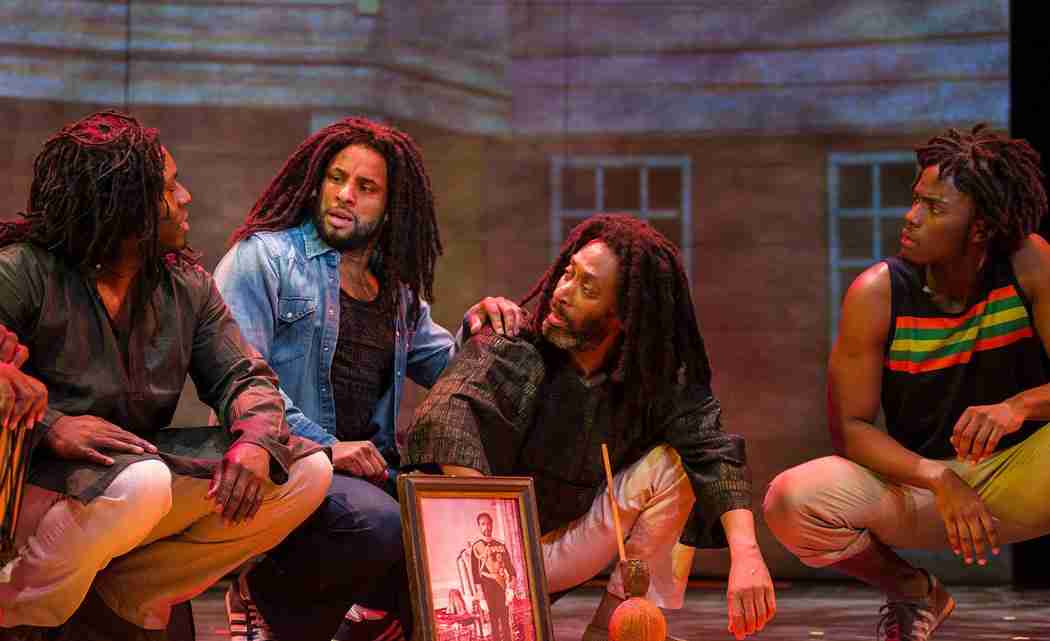 NEW YORK — Most theater professionals like to say that whatever they’re working on is very relevant to what’s going on in the real world. That was not possibly more true than in Baltimore this spring.

The city’s flagship theater, Center Stage, debuted a musical about reggae icon and civil rights activist Bob Marley during the city’s spasm of violence and peaceful protests following the death of Freddie Gray in police custody.

Several preview performances for the musical Marley were lost amid protests marching near the theater and the actors had to rush to finish rehearsals early on several evenings to accommodate a citywide curfew.

There were soldiers, horses and armored vehicles in the streets and helicopters in the air as the cast and crew tried to finish a work that highlighted the life of a singer who demanded social justice and freedom for black people.

A new framing scene was added to the play in which two black men watch footage of the Baltimore protests on a smart phone, making the connection between the two movements clear. On May 2, the cast went out into the streets to give a free concert, including singing One Love to try to heal the city.

“When real life is happening around you and you’re trying to produce art, you have to submit to real life and have faith,” said Kwame Kwei-Armah, Center Stage’s artistic director who also wrote and directed the Marley musical.

The musical focuses on the years 1975 to 1978, when Marley survived an attempted assassination in Jamaica and went into exile in London. It’s the first time a stage musical has used both Marley’s songs and his life story.

Kwei-Armah played Marley’s song Burnin’ and Lootin’ on his way into work on the night of the first curfew. The song’s lyrics were prescient: This morning I woke up in a curfew/Oh God, I was a prisoner, too/Could not recognize the faces standing over me/They were all dressed in uniforms of brutality.

“Somebody wrote these lyrics 30 years ago, somebody tapped into something 30, 40 years ago and it’s more applicable than some of the work I’ve done throughout all of my life,” said Kwei-Armah. “It’s humbling and beautiful. It validates for me why I’m doing theater.”

Suzette Newman, an executive producer of Marley said she is working to get the musical on the road after it ends its run in Baltimore on Sunday. “We absolutely hope that it will travel and go elsewhere. We’re in the process of those discussions right now,” she said.

Until then, she and Kwei-Armah watch nightly as the audience goes from punching the air with Get Up, Stand Up to joining the actors onstage in the show’s emotional climax with One Love.

“The power of Bob hits me afresh nearly every night. Suzette and I are standing at the back, seeing the audience as they respond and run onto the stage to sing with the cast One Love in a city that needs to be one and healed,” said Kwei-Armah.

Next post Can parents use video games as lessons in life?