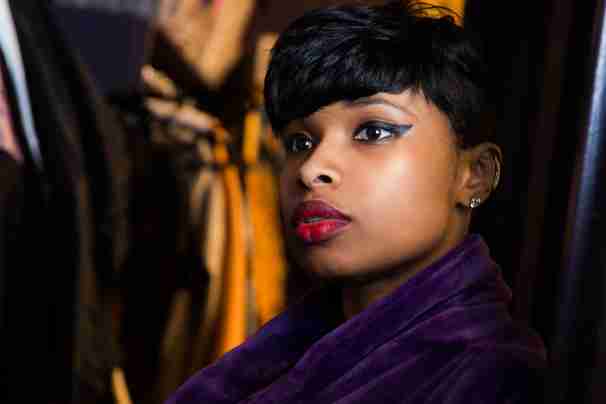 NEW YORK (AP) –This season, the theater community is celebrating how Broadway has finally become the Great un-White Way. Black actors have taken center stage in The Color Purple, The Gin Game, Eclipsed and Shuffle Along. A Latin cast shines in On Your Feet! and Asian-Americans told a bitter story from America’s past in Allegiance. The season’s megahit Hamilton, of course, has multiracial leads in its DNA.

At Sunday’s Tony Awards, 14 of the 40 nominees for acting in plays and musicals – 35 percent – are actors of color. And more nonwhites are nominated on the other side of the stage, including choreographer Savion Glover, director George C. Wolfe and playwright Danai Gurira.

But this season’s diversity may be more a co- incidence of timing than Broadway stages consistently providing an accurate reflection of America’s melting pot. “The aligning of the stars has occurred this year where a lot of really spectacular work featuring multi-racial casts and a true photograph of what the world and America really looks like is performing on Broadway night after night after night,” said The Color Purple producer Scott Sanders. “Will we see this being the norm moving forward? I’m not so sure.”

According to its latest report, non-white ac- tors haven’t ever in the past nine years represented more than 26 percent of all Broadway roles. Though numbers for the current season aren’t ready yet, the numbers for minority roles last season actually dipped to 22 percent, down from the previous season’s 25 percent.

“What last year’s numbers prove is that while we may be having an extra diverse year this year … that’s not usually the case,” said Bandhu. “It hasn’t changed that much actually on Broadway.”

The numbers suggest improvements one year, then a drop off the next. The 2013-14 season was rich with roles for African-Americans, including A Raisin in the Sun starring Denzel Washington, Audra McDonald channeling Billie Holiday in Lady Day at Emerson’s Bar & Grill and the dance show After Midnight.

There were also African-Americans in non- traditional roles, like James Monroe Iglehart as the Genie in Aladdin, Nikki M. James and Kyle Scatliffe in Les Miserables, and Norm Lewis becoming the first black Phantom on Broadway in The Phantom of the Opera.

That season, black actors represented 21 percent of all roles. But the next season. the number fell to 9 percent.

This ebb and flow is nothing new to Stephen C. Byrd, a veteran Broadway producer behind his season’s Eclipsed. He recalls a diverse Broadway when he produced an all-black revival of Cat on a Hot Tin Roof in 2008.

Back then, Morgan Freeman was starring in The Country Girl, Laurence Fishburne was in Thurgood and such shows as Passing Strange, In the Heights and the original The Color Purple were playing.
“That was a time of great diversity on Broadway,” said Byrd, who produces minority-driven works with Alia Jones-Harvey. “We’ve been at this for 10 years and it’s taken from that time to come to where we are today to see that same diversity on Broadway.”

This season, Byrd is watching as Broadway is cheered for its inclusiveness at a time when the film industry has come under heavy criticism for a lack of diversity in the Academy Awards. There’s even been the bragging #BroadwaySoDiverse to rival #OscarsSoWhite. But next season isn’t shaping up to be as diverse as this one.

Box office data shows that overall Broadway grosses are flat , meaning producers will have to attract nontraditional theater-goers if they want to see profits to go back up.

One such person used to be Daveed Diggs , an actor and rapper who earned a Tony nomination in his Broadway debut in Hamilton. Raised in the Bay Area, Diggs said he never went to Broadway when he visited New York.

“As someone who was on the outside of it, who’s always been on the outside of it, there is an elitism that you feel coming from Broadway,” he said. “I didn’t care because it didn’t seem like they cared about me.” Liesl Tommy, the South African-born and Tony nominated director of Eclipsed, has made it her mission to change that feeling, hiring people of color for the creative team and onstage. “To think that you are not part of the problem is a grave mistake,” she said.

Perhaps her most influential work is actually far from Broadway – the 2,000 seat theater at Disneyland where she directed a stage production of Frozen that will be seen by up to 10,000 people a day.

“One of the things I had to advocate for was diversity in casting,” said Tommy, who has watched people – black and white – in tears as a young black actress belts out Elsa’s anthem Let It Go.

On Broadway, no show has more captured the cultural mood like Hamilton – connecting musical theater to hip-hop and celebrating minority actors.

“Hopefully things like Hamilton start to change the curve a little bit. The penny starts to drop. When you start seeing more visible talent from actors of color and you start seeing them being populate on stages, then their absence becomes even more stark.”

Next post SPOTLIGHT ON two of South Florida’s finest musicians