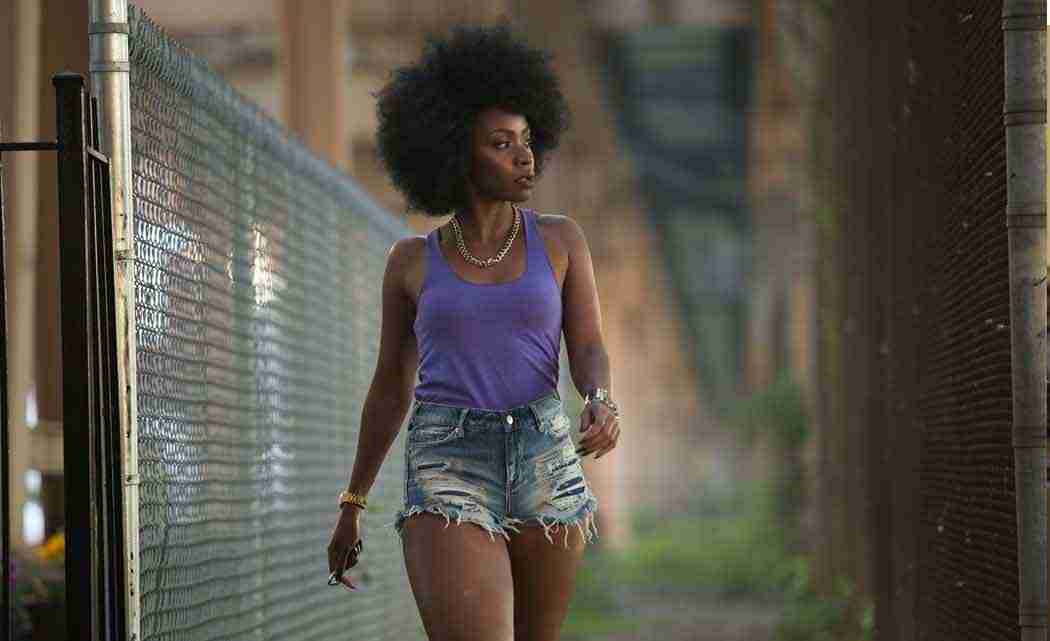 More alive than most of the year’s films put together, Spike Lee’s Chi-Raq is urgent agitprop that pulsates with unalloyed rage for the “self-inflicted genocide” of South Chicago and explodes with full-hearted (and gloriously lewd) pleas for peace.

It’s wildly uneven but it is wild. There’s plenty here to quibble with (the film’s title prompted outrage in Chicago), but unassailable is its passion to bring attention and compassion to Chicago’s blood-soaked streets.

“This is an emergency” flashes across the screen early in Chi-Raq, a hip-hop musical and a social satire that Lee co-wrote with Kevin Willmott (C.S.A.: The Confederate States of America) and sets to the beat of Terence Blanchard’s score. It’s an updating of Aristophanes’ ancient Greek comedy Lysistrata, in which Athenian women wage a sex strike against their warrior men to end the Peloponnesian War. Lee and Willmott have transplanted the tale to Chicago, where the murder rate has far surpassed the number of Americans killed in Iraq.

Lee is best as a megaphone for street-level outrage. Whereas most filmmakers gradually ebb in spiritedness as they age, Lee – in good and not-so-good films – has remained uniquely unpredictable and remarkably prolific. His last great film, 2006’s When the Levees Broke: A Requiem in Four Acts, fed off the fury of New Orleans residents after Hurricane Katrina.

Chi-Raq, which takes its title from the controversial nickname for the violence-plagued city, is Lee’s most vital film at least since then. It’s a farce, wrapped heavily in stylistic overtures, with maybe a half-dozen introductions to Chicago and to Chi-Raq, including Nick Cannon’s Pray 4 My City, played with lyrics blazed across the screen, and Samuel Jackson’s pimplike narrator, Dolmedes, who raps, “We can’t take this much more.”

The story takes a long time to arrive, and when it does, it and the characters remain secondary to the overall frenzy of the movie, all of which is in rhyming verse. Here, Lysistrata is played by Teyonah Parris (Dear White People). She’s the girlfriend of Cannon’s gun-toting gangbanger, also named Chi-Raq. His gang is the Spartans, while the Trojans are led by Wesley Snipes’ Cyclops. Inspired by the Liberian activist Leymah Gbowee, Lysistrata organizes a “total abstinence from knocking the boots” among the women of the Spartans and Trojans to stop the gang warfare.

Many scenes aren’t about strictly advancing the story line but rather deepening the pain, outrage and absurdity. Particularly good is Dave Chappelle’s cameo, in which he, at a strip club, frets about “the penis power grid” being shut down.

Some scenes don’t work, particularly a cartoonish one with a racist Dixieland general (David Patrick Kelly), who ends up straddling a Civil War cannon in Confederate flag underpants. John Cusack as the Rev. Mike Corridan, who preaches at a funeral, is jarringly bad casting.

There’s also a lingering feeling that in bringing the gender roles of ancient Greece to present-day South Chicago, Lee has reduced modern women to sex objects (albeit empowered ones) and men to libido-driven dogs.

But the outrageousness – the madness – is the point. In Chicago, Lee sees a seemingly helpless, tragic situation and he’s marshaled all of himself – every ridiculous rhyme, every bit of bombast – for a truly impassioned film. By the time Chi-Raq reaches its powerful climax, he has made a sensational, stirring case for love, not war.

Next post A third world country called the USA