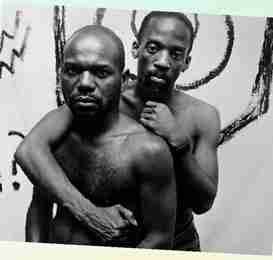 MIAMI – Two acclaimed films will be screened in Miami. The first, “Tongues Untied,” will screen on Thursday, Nov. 15 at the Historic Hampton House, which is partnering with the FIU Department of History & African and African Diaspora Studies and Miami Jazz & Film Society to present the UNITY BOULEVARD FILM SERIES, a new film and discussion series happening every third Friday at the Historic Hampton House Cultural Center.

The screening of “Tongues Untied,” which was directed by Marlon Riggs, will be followed by a discussion led by Dr. Daniel Royles, FIU Assistant Professor of History. The movie aired on the Public Broadcasting Station in 1989. Part documentary and part dramatic film, “Tongues Untied” recounts Marlon Riggs life story and his commitment to the struggle for gay rights in the United States.

Starting with a recurrent spoken word uttering of “brother to brother, brother to brother,” the film sets the tone for the narrative of the black American gay experience. An underlying theme throughout the film is “silence,” or the inability for black men to express their homosexuality in a society where heterosexuality is dominant.

Ranging from the invention of the “snap expression” to artistic dance, the film highlights the role that gay men have played in shaping American popular culture. Riggs both emphasizes gay pride but also illustrates the struggles gay black men face, such as violence, a lack of camaraderie with other gay black men, and the pressures placed upon them from within the African American community.

The film touches on a somber issue by showing those who passed away from AIDS faced the stigma of being both gay and black. The film shows the depths of homophobia, including the words of comedians and entertainers in the 1980s who ridiculed black gay men that suffered from AIDS.

The film’s release was highly criticized for showing two men kissing at a time when showing affection between gay men on screen was still taboo. Riggs said the movie aims to “shatter this nation’s brutalizing silence on matters of sexual and racial difference.”