Cover story: Books and Bites to discuss The Secret literature 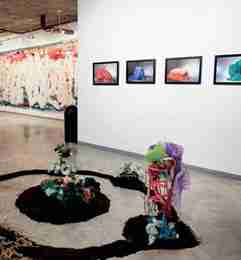 Since its release in 2006, The Secret has sold millions of copies and has been translated into hundreds of different languages. Written by Rhonda Byrne, it is the result of her research into the law of attraction, piqued when her daughter gave her a copy of the book, The Science of Getting Rich, written by Wallace D. Wattles in 1910.

While the premise for The Secret is actually no secret and has been written about in numerous books, the timing for the book and the DVD seems to have coincided with an international hunger for the information that many people credit with changing their lives. Its visual and compelling format was also instrumental in its popularity, which included discussions on The Oprah Winfrey Show and other programs.

Books and Bites is an event that will discuss the book that brought together leaders in the fields of business, economics, medicine, psychology, history, theology and science to share different aspects of the secret, which they say can be used to eradicate disease, acquire wealth and overcome previously insurmountable obstacles.

In addition to what is sure to be a spirited discussion of the book, the evening will also include an art show curated by Exhibit Treal, tapas by Planet Umoja and cocktails.