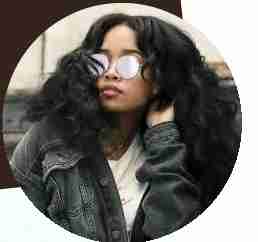 NEW YORK (AP – Since H.E.R. appeared on the music scene mysteriously in 2016, the singer has become a rising R&B star though she’s revealed little about herself, leaving the focus on the music.

H.E.R. usually sports big hair and big sunglasses, rarely showing her full face to her fans. Her first two EPs – “H.E.R., Vol. 1” and “H.E.R., Vol. 2” – gave her an immediate fan base thanks to the songs’ honest lyrics and vibey melodies, as she sings about complicated relationships and love lapses.

This year, she reached the Top 10 of the R&B charts with “Could’ve Been,” the gold-selling “Focus” and the platinum hit “Best Part.” She earned seven nominations at the upcoming Soul Train Awards. And she opened on the road for Chris Brown and will launch her second headlining tour on Saturday.