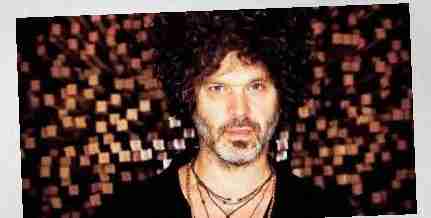 For some masters of the fretboard, changing their guitars is as far as they sometimes seem willing to go to create a different mood. Texan guitar ace Doyle Bramhall II – who also as singer, songwriter and producer has worked with Eric Clapton, Roger Waters and Sheryl Crow, among many others – may also be using different guitars on the 12 tracks on “Shades,” but his conviction and commitment to a wide variety of sounds make him a particularly compelling performer.

It’s all rooted in the blues but “Shades” goes in several directions with nary a misstep, naturally integrating superstar guests like Clapton and Norah Jones, and achieving a steady flow no matter the style.

“Everything You Need” has an inspired Clapton solo and soulful R&B sounds to spare like Stevie Wonder, while Bramhall’s vocals mesh perfectly with Jones’ on “Searching for Love,” one of those ballads that make you look around for someone to quickly dance slowly with.

“Live Forever” counts on the talents of the Greyhounds, a duo from Austin, Texas, and it sounds like a tune for a band that would have felt at home sharing a stage with the likes of Cream and Spirit, while “Consciousness” features an all-star selection of ‘60s instruments, from the Farfisa organ to a Leslie guitar. Groovy.

The Tedeschi Trucks Band, also on his extended list of credits, helps Bramhall close out the album in style with Bob Dylan and The Band’s “Going, Going, Gone” and its sage advice of “Don’t you and your one true love ever part.”

In 2016, Bramhall broke a prolonged solo silence with “Rich Man” and “Shades” is an even more distinguished effort whose consistency Bramhall will hopefully try to emulate with greater frequency.