Editor’s PICKS As this arts season gets underway, here are a few events worth adding to your calendar. 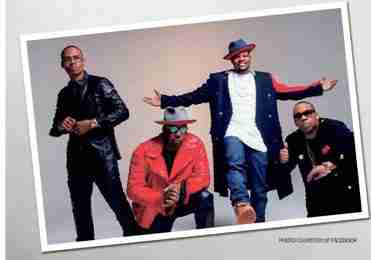 i love classical music. i love Prince. Combining the two is a genius idea that takes both genres to new levels by taking each out of their proverbial box. This is the first and only official estate approved symphonic presentation of Prince’s music. 4U will present the music of Prince like never before, with a local orchestra. The show will alsofeature a live band including world class musicians and vocalists who will perform collectively with the orchestra. 4U will draw from Prince’s singular and extensive music catalog, highlighting many of his greatest hits alongside lesser known gems. The totally awesome drummer, musician, cultural phenom, Questlove, will curate the set list and arrangements to be played by the symphony.

Bring the whole family to this free concert performed by the Alhambra Orchestra, Miami’s community orchestra, with a mission of supporting classical music and music education. Conducted by Dr. Daniel Andai, the orchestra opens its 29th performing season with Beethoven’s Symphony no. 1, which opens the program. The performance will also include Bizet’s two L’Arlesienne Suites, composed 72 years later and still popular with concert audiences over a century after their debut. There’s plenty of parking at reasonable rates you don’t need tickets or reservations. Sunday, Sept. 30, at7:30 p.m., in florida international University’s Wertheim Auditorium, 10910 SW 17th Street, Miami. for more information, visit www.alhambramusic.org, call 305668-9260 or email info@alhambramusic.org.