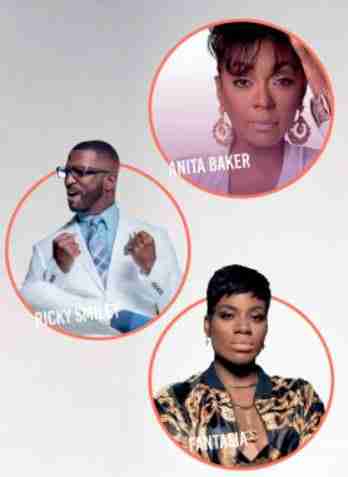 MIAMI GARDENS, Fla. – One of the most popular entertainment gatherings, not just in South Florida, but around the country, Jazz in the Gardens has established a reputation for its black family reunion vibe, exhilarating musical performances and spontaneous dance-offs and “Soul Train” lines.

This year the annual two-day music festival takes over the exterior of the Hard Rock Stadium on March 17 and 18; one of the lucky venues to feature songstress Anita Baker in her farewell tour.

The sultry voiced Baker has been absent from recording and performing for a number of years. Lack of new music notwithstanding, like R&B legend, Frankie Beverly and Maze, Baker can pack concert halls on the strength of timeless classics like “Sweet Love,” “Caught up in the Rapture,” “Giving You the Best,” and others.

Khan is expected to wow the crowd with sing-along favorites like “I Feel for You,” “Tell Me Something Good,” and “I’m Every Woman.” The seemingly ageless Smokey Robinson will undoubtedly spark nostalgic vibes with Motown classics.

The idea for the music festival was the brain child of Miami Gardens’ first mayor, Shirley Gibson, who wanted a signature event for the third largest city in Miami-Dade County and the third largest predominately African American city in the country.

In addition to featuring some of the nation’s hottest performers, a variety of food options and vendors with various multicultural merchandise, the festival also spotlights local artists, like A. Randolph. The Miami Gardens native will hit the main stage on March 17; performing with S.M.A.S.H Room Project, a jazz collective that will be the festival’s house band this year.

Radio personality and comedian Ricky Smiley is making an encore appearance as host. The weekend kicks off with several events, including the Women’s Impact Luncheon and opening night party featuring the S.O.S. Band.

WHAT: Jazz in the Gardens