Kevin Hart: What Now? is not as funny as it could be 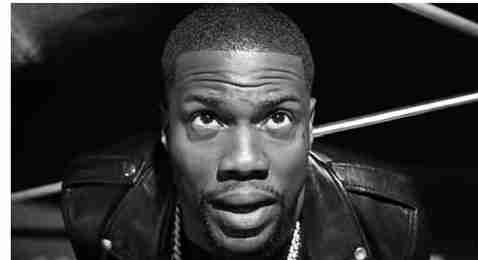 Like many people, I love Kevin Hart. He’s funny. He’s inventive. And, he’s good at bringing out the funny in his co-stars. Who knew people like Boris Kodjoe and Robin Thicke could be funny? Apparently, Hart did or they wouldn’t have been regulars on BET’s Real Husbands of Hollywood; Hart is an executive producer on the show.

Watching reruns of Husbands recently made me realize just how funny Hart was/is in the early days when he was a breakout star. Now, many films and a few stand-up tours later, Hart is bringing his fans What Now, Hart’s record setting, stand-up act at Philadelphia’s Lincoln Financial Field (a football stadium) in Hart’s hometown of Philadelphia, Pennsylvania, in front of a crowd of 50,000 people.

To make What Now more interesting, Hart partnered with Tim Story (with writing help from Brian Buccellato) to produce a James Bondesque segment before and after the comedy show; replete with an awesome opening credits sequence that really pays homage to the international man of mystery.

The beginning of the film takes place mainly in a casino where Agent 0054 (Hart) and Agent Halle Berry attempt to stop a bad guy named Victor (David Meunier). Along their journey, they meet up with Ed Helms as a bartender and Don Cheadle as rival Agent Don Cheadle, who is out to make Hart look bad. In this segment, not only does Hart show comedic range, but skills in martial arts.

Berry’s performance reminds me that she did have some comedy background in her early career. Everyone has seen BAPS. Berry’s dialogue with Kevin in the beginning of the film is can’t miss. She should do more comedies. Funny Halle is pretty entertaining to watch.

When it comes to Hart’s actual comedy set (directed by Leslie Small), it was funny because he touches on subjects like raising kids as a wealthy parent, the dangers of living in a California suburb, male enhancement, his daughter’s affinity for scaring people, Starbucks fanatics, invasive fans, and his father’s old man behavior.

It’s funny, but it’s not really funny and it doesn’t seem like we’re getting the full breadth of Hart’s talents. Maybe he’s so in demand, he doesn’t have the time to truly focus on a comedy set (with writing help from Joey Wells and Harry Ratchford). Maybe he really thought he was giving his all. Or maybe he spent too much time filming his Agent 0054 scenes and not enough time on the funny. Hart’s current strength is in scripted, yet improvised comedy.

What was not funny was Hart constantly referring to his fiancé (now wife) Eniko Parrish as a b**ch. He refers to his children as motherf***ers. Now, I know he’s going for the Richard Pryor approach, but I wouldn’t want to be married to a man who disrespected me for laughs. I bet Hart never refers to Halle Berry as a b**ch.

Honestly, Kevin Hart is still funny and still a bankable actor/comedian/producer; but, he’s spread himself too thin. We didn’t get the full Kevin Hart experience; Agent 0054 or not. Hart may be constantly asked “What now?” His answer leaves this audience member wanting more and better.

Previous post Moonlight mesmerizes with its tenderness and authenticity