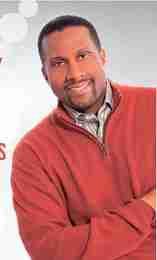 “Death of a King: A Live Theatrical Experience” is based on Tavis Smiley’s 2014 book of the same title. Smiley will narrate from his book and will be accompanied by jazz pianist Marcus Roberts in upcoming production.

To mark the 50th anniversary of King’s assassination next April, the radio and TV host is planning a nationwide tour of a theatrical production focusing on the last year of King’s life, a time when he was reviled by some for expanding his critique of America beyond its racism to poverty issues and the Vietnam War.

“I don’t want this anniversary to come and go without people finally coming to terms with wrestling with who Martin Luther King really was,” Smiley told The Associated Press in an interview on last Wednesday, the day before the official announcement of the production.

“Death of a King: A Live Theatrical Experience” is based on Smiley’s 2014 book of the same title. Smiley will narrate from his book and will be accompanied by jazz pianist Marcus Roberts.

The production will travel to 40 cities still to be determined. It is set to kick off on January 15, the day of the national holiday named for King and his actual birthday, and run through April 4, the anniversary of the day he was tally shot while standing on a balcony at the Lorraine Motel in Memphis, Tennessee, in 1968.

King’s last year, from the time he gave his powerful “Beyond Vietnam: A Time to Break the Silence” speech on April 4, 1967, was an incredibly difficult one, Smiley points out, with critiques coming from all sides over his anti-war stance. Polls at the time showed the majority of the country looking at him unfavorably.

“He has a headwind like nobody’s business, yet he stands in his truth, he never backs down,” Smiley said.

Smiley plans to showcase that history through a multimedia production, incorporating live music as well as screens showing videos and photos.

Smiley, who has idolized King since his childhood, is also no stranger to backing down. An outspoken political commentator, he came under criticism, heavy at times, from some African Americans over his willingness to critique President Barack Obama over whether he was doing enough for black people.

He makes no apology for it. “He was running for president, that’s his job. My job is to critique him and hold him accountable, to the best interest of black people specifically and the country more broadly.”

And even in that he circles back to King, pointing out that King was willing to criticize President Lyndon B. Johnson over the Vietnam War, even though he had worked so closely with him years earlier to pass civil rights legislation.

Next post Despite clichés, ‘Kingsman: The Golden Circle’ is a good sequel

Previous post There’s no doubt Marlon Wayans is funny, but he's also focused and he's bringing his talents to Miami