Michelle Obama stuck to some of her fashion favorites for the state dinner honoring Mexican President Felipe Calderon and his wife, Margarita Zavala: a one-shouldered silhouette, a belted waist, a bold color — and designer Peter Soronen.

This was the fourth time the first lady chose a gown by the New York-based Soronen, who has had his own label since 2000 but has largely flown under the fashion industry’s radar.

Soronen said he knew the corset-style gown, complete with lace-up back, was being considered for the lavish event on Wednesday, May 19, that drew about 200 people, including celebrities Whoopi Goldberg, Eva Longoria Parker and George Lopez. But he didn’t know for sure until a reporter from The Associated Press called asking for confirmation after Mrs. Obama stepped out on the president’s arm.

“In some ways, it’s more exciting not to know and just wait for the photo,” Soronen said.

Other designers who contribute to Mrs. Obama’s eveningwear wardrobe have said it also works that way. They make custom gowns with the understanding that there’s no guarantee if, when or where she’ll wear them.

Soronsen hasn’t met the first lady yet, but he said he’d like to.

Zavala, meanwhile, wore a plum-colored gown with a square neckline bordered in blue by Macario Jiminez. It was a more subdued and traditional choice, but the brighter colors of the Aztec-inspired top was a nice nod to her roots.

“Thankfully the first ladies did not duel in the fashion stakes with Margarita Zavala playing down the glitz and keeping to simple good mannerly lines, allowing Michelle to shine,” said Graham.

Graham said she particularly liked Mrs. Obama’s bright hue, which stood out against the red carpet and the White House background. The dress was adorned with a silver belt, a look the first lady favors, and had a hint of shiny lame under layers of chiffon. She wore her hair swept up in curls.

“The dress feels a little like the inaugural dress — Part 2 — but she looks very fresh with the color and her hair,” said Katie Connor, fashion features editor at Marie Claire.

One-shoulder dresses are a bona fide fashion trend, but Mrs. Obama’s always seem a little different because the shape is more like a strapless with a single swath of fabric that emphasizes her collar bone, Connor said.

“I love the structured bodice that I do for her. I put it in a lot of dresses,” said Soronen. “And then I drape and pin and stitch all that lightweight chiffon, and I love that look on her.”

Deborah Lloyd, creative director of Kate Spade, says women are inspired by Mrs. Obama’s fashion choices because they are “soft, feminine and modern.”

“It’s what a lot of women aspire to,” she said, “and she shows it doesn’t have to be a power lady of another generation.”

Orange dresses were popular among guests, including Longoria Parker in Reem Acra and Gayle King in Carmen Marc Valvo.

House Speaker Nancy Pelosi stood out in an ivory gown with matching jacket by Giorgio Armani.

Olympic speed skater Shani Davis was a little weak on the details of his fashion statement.

He said his green tie was from Men’s Wearhouse and guessed his suit was, too. But then he checked the label and announced, “Ralph Lauren.”­ 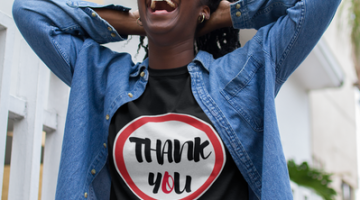