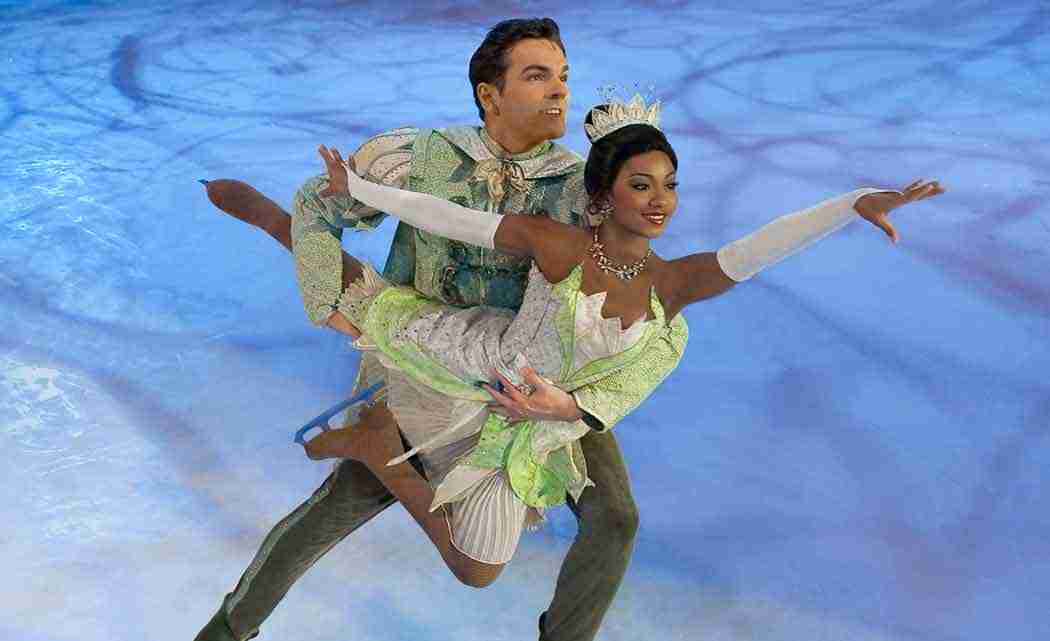 Even though the heat has made an early appearance, South Floridians can take a moment to chill and celebrate with the folks at Walt Disney who are returning with a cast of characters for a signature show on the ice rink.

Disney On Ice Presents Let’s Celebrate! makes two stops in the region as part of a multi-city tour in the Sunshine State. The first shows are at the BB&T Center in Sunrise from March 26 to 29. The second stop in Miami is at the AmericanAirlines Arena from April 1 to 5.

Producers say the show brings more than 50 Disney characters to South Florida for one colossal party on ice.  This action-packed, all-new show features a magical montage of celebrations and is set to a blend of contemporary music and favorite Disney songs.

One of the cast members is Soniah Spence, an award-winning skater who appears as Princess Tiana, Disney’s first African-American princess. Spence said she enjoys the crowd and the spotlight when she’s performing and says she wants the audience to “feel the story I’m telling through my skating.”

Spence is a native of Springfield, Tenn., According to her bio, she was inspired by Olympic champion
Michelle Kwan and encouraged by her parents to start ice-skating. She skated her way to four first-place finishes and a host of second, third and fourth-place outings as a competitive skater.  In 2008, with more than eight years of competitive ice-skating under her belt, Soniah Spence packed up her skates and postponed her studies in athletic training at Tennessee State to become a principal skater in Disney On Ice presents Worlds of Fantasy.

In an interview with the Tampa Bay Times, Spence said she enjoys the audience response to her portrayal.

“I see all the little girls jumping and screaming and dressed just like me,” Spence said. “The reaction I’m getting, the crowds, and the impact I have on the audience. It’s the biggest reaction I’ve ever seen (when I skate onto the ice). It makes me very happy.”

This version of Disney on Ice shows favorite characters in different types of settings. Mickey Mouse and Minnie Mouse celebrate a Very Merry Unbirthday Party with Alice and the Mad Hatter. Princess Tiana and Prince Naveen celebrate Mardi Gras. The Disney princesses enjoy a Royal Valentine’s Day Ball, while Lilo and Stitch do the same at an Hawaiian luau.

Tickets start at $16 and are available at the BB&T Center and AmericanAirlines Arena box offices, through Ticketmaster and online at www.disneyonice.com.