High-fashion stylist turns focus to all women with QVC line 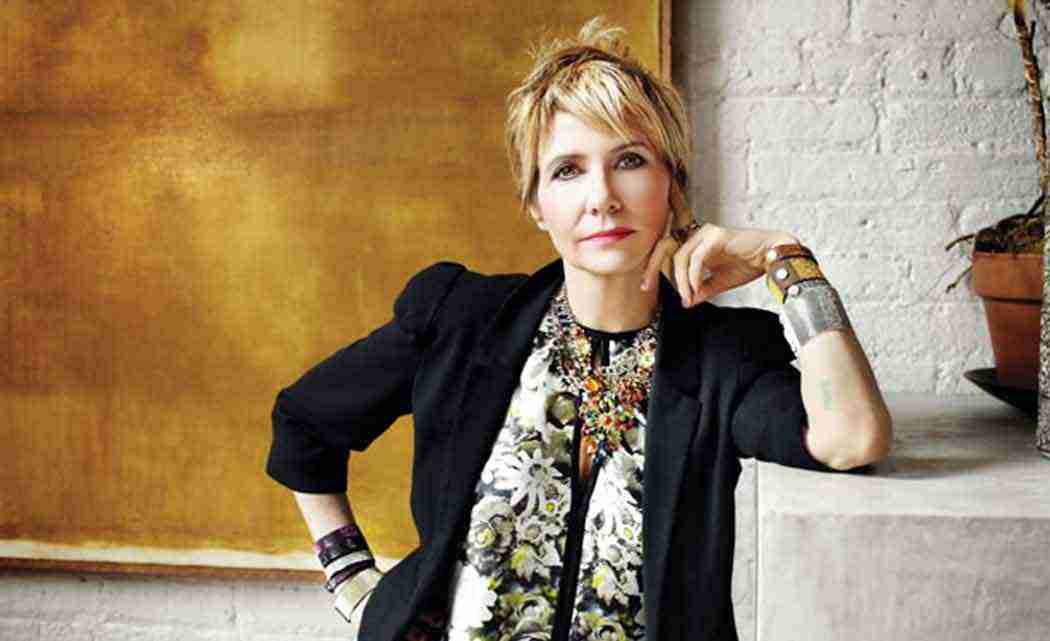 COLUMBUS, Ohio (AP) — As Lori Goldstein was beginning her career in the late 1970s, stylists weren’t a staple of the fashion industry, home shopping networks didn’t exist and a naked and pregnant Demi Moore had yet to bare her belly at checkout counters everywhere from the cover of Vanity Fair.

But for Goldstein decades later: Check, check and check.

She spent years as a stylist determining just the right look for subjects of award-winning ad campaigns, chart-topping music videos and iconic magazine covers including Moore’s.

Then the Ohio native sought a change.

Goldstein focused on offering style to the masses with an original line on home shopping network QVC and earlier this month started a new one-hour weekly show.

“There was a whole world out there that wasn’t privy to the world that I was in,” Goldstein, who continues to work as a stylist and fashion editor-at-large for Elle magazine, said in a phone interview. “I knew that I somehow wanted to tie those two worlds together.”

Dubbed LOGO by Lori Goldstein, the brand is less about couture and more about creativity.

Launched in 2009, it emphasizes layering, including longer tops with asymmetrical cuts as well as leggings of varying length. LOGO and its line extensions, including a jewelry collection and a line for young girls, bring a variety of colors and textures.

With her brand, Goldstein hoped to be an authentic fashion guide and give all women license to express themselves through flattering clothes. Goldstein remembered people complimenting her outfits while growing up in Ohio, but saying they could never pull off her style.

“So many women are afraid to wear things because they don’t understand fashion the way I do, or they’re scared to,” Goldstein said.

Goldstein, 58, was born in Columbus and moved to Cincinnati when she was 8. She worked for retailer Fred Segal after moving to Los Angeles when she was 18, then moved to New York City in the late 1970s.

“I can’t imagine ever not coming from the Midwest,” she said. “There is that normalcy and also that understanding of this great picture of America.”

Over 35 years Goldstein built her fashion career in New York on her knack for pairing garments and accessories for photo shoots and videos, becoming one of the first stylists in the fashion industry.

Goldstein worked with photographer Annie Leibovitz in the 1980s on projects including American Express’ award-winning Portraits campaign and numerous Vanity Fair covers. She went on to work on dozens of Italian Vogue covers and served in editor roles for that and other fashion publications. She’s styled numerous artists and actors, including Madonna in her 1984 Take a Bow music video.

“It’s not just a connection,” he said. “There’s a kind of fire. There’s a passion between the ladies and their Lori.”