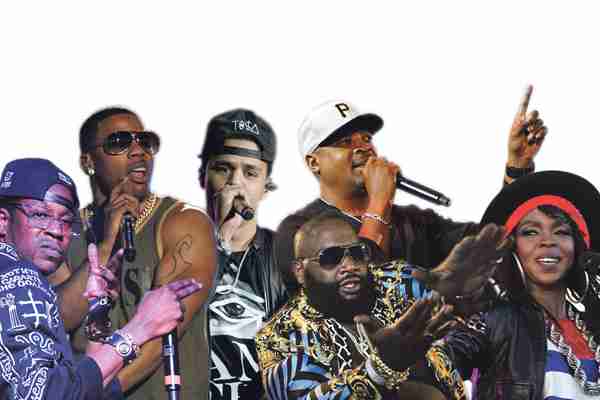 NEW YORK — Rappers are making their voices heard in song and on the ground in Ferguson, Missouri, in the wake of Michael Brown’s shooting death, channeling hip-hop’s earlier roots when the genre worked as a voice for the oppressed and spoke out against injustice.

“It’s really important to see hip-hop’s role of being some grown-ups and doing some really stand-up, grown-up stuff,” Public Enemy’s Chuck D, one of rap’s most powerful voices, said in a recent interview. “These people have actually stood up … and that has to be saluted.”

The Rock and Roll Hall of Famer said he’s impressed with rappers such as J. Cole, who released a heartaching, tearful song called “Be Free” inspired by Brown, the unarmed 18-year-old who was shot to death by a Ferguson officer on Aug. 9.

Others in rap also have lifted their voices: Talib Kweli, like J. Cole, marched in Ferguson and spoke out about injustice; David Banner appeared on CNN; Nelly started a scholarship for teens in honor of Brown; and Lauryn Hill dedicated her song “Black Rage” — which uses some of Rodgers and Hammerstein’s My Favorite Things — to the Ferguson community.

“When the dogs bite, when the beatings, when I’m feeling sad I simply remember all these kinds of things and then I don’t feel so bad,” she sings.

The largest hip-hop gesture for Brown, who was an aspiring rapper, came Aug. 27 when the Game released the song Don’t Shoot, in which he’s joined by all-stars like Diddy, Rick Ross and 2 Chainz, among others. Sales from the song will benefit the Mike Brown Memorial Fund on GoFundMe, which has raised nearly $300,000 in two weeks.

“I wanted to do my part in bringing awareness to it, so that at the end of the day that I can sleep well knowing that I used my voice correctly,” the Game said in an interview Aug. 28.

Other black entertainers have spoken out including Kerry Washington, Jesse Williams and Spike Lee, who attended Brown’s funeral on Monday. At a concert recently, where he performed Marvin Gaye’s seminal What’s Going On? at the Hollywood Bowl, John Legend wore a shirt that said “don’t shoot.”

While a number of members of the rap community have come out in support of Ferguson —including Russell Simmons, Killer Mike, Young Jeezy and Wiz Khalifa — others have wondered if hip-hop’s most prolific and popular stars will chime in, from Jay Z to Pharrell to Kanye West to Lil Wayne.

“I don’t believe everyone has a role for this, and I also don’t believe quantity takes over as quality. I think we have a quality combination in there,” Chuck D said.

Though hip-hop has been criticized for glorifying sex and violence, its musicians have a history of standing up against perceived injustice, especially in the genre’s early years, with songs like Fight the Power and The Message. A more recent example came after Trayvon Martin’s death in 2012.

In August, T.I. released the song New National Anthem, which he wrote after the July 2013 acquittal of George Zimmerman in the killing of 17-year-old Martin. He says he hopes to start a dialogue between the community, city leaders and police.

“This is not to divide race, color, generation, region. This is not to incite or encourage people to go against the police. This is to bring about change by way of creating awareness of the current status in America in these inner city areas for our young black men and young black people,” the rapper said in a recent interview.

T.I. said songs like his and J. Cole’s can serve as a voice for those who don’t have a platform like famous rappers.

“We are the voice for those without a voice,” he said. “Our messages reach the ears of people that most common men in America can’t reach, and I think that has to be used to the advantage and the greater good of the masses.”