How ‘Pokemon Go’ went from prank to phenomenon 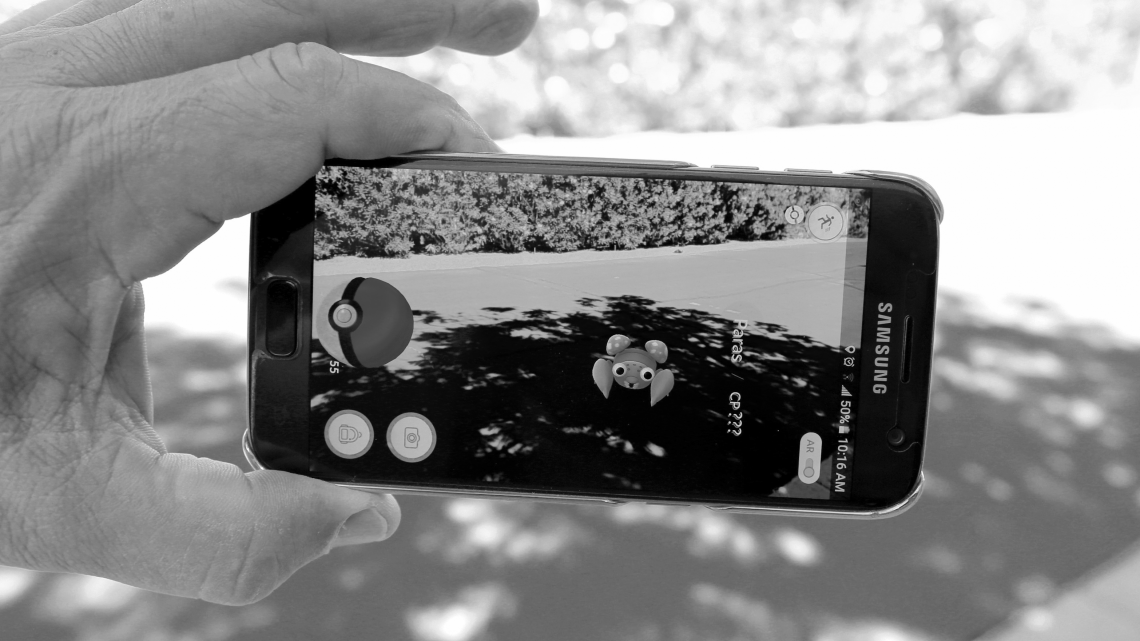 SAN FRANCISCO (AP) – The origin of “Pokemon Go” is as peculiar as any of the Voltorbs or Snorlaxes that players track and capture in the surprise hit game.

Its hybrid DNA flows from a digital mapping pioneer’s fascination with the world around him, Google’s affinity for offbeat ideas, Nintendo’s comeback quest and a 20-year-old menagerie of animated monsters so popular that it spawned a company just to be its talent agency.

Then all it took was a prank to hatch a mobile video game that has turned into a cultural phenomenon.

Google unwittingly planted the seed for “Pokemon Go” two years ago in one of the many April Fools’ Day jokes the internet company is famous for. In a mischievous 2014 post, Google announced a new training tool, created in conjunction with Pokemon and     Nintendo, for hunting Pokemon using Google Maps. Its goal, the company said, was to hire the world’s best Pokemon Master – because it valued technically savvy risk takers who can “navigate through tall grass to capture wild creatures.”

The enthusiastic reaction to Google’s fake “Pokemon Challenge” video resonated within Niantic Labs, a little-known startup that had been incubating within the company – particularly with its founder John Hanke.

MAPS AS A LURE

Hanke was at Google because he’d sold it a digital mapping startup called Keyhole in 2004, providing the 3-D satellite imagery used in Google Earth. He’d overseen a number of maps-related projects until 2010, when he hit upon the idea of using maps to lure people outdoors to explore neighborhoods, see notable places and discover new places to eat, drink or just hang out.

With the goal of building mobile apps and games that encouraged “adventures on foot with others,” Hanke named Niantic after a grounded whaling vessel grounded during the San Francisco Gold Rush of 1849 and converted to a storage building. The remains of the original ship were later found buried near a current San Francisco landmark, the Transamerica Pyramid.

The Niantic name is a reminder that “there is lot of cool stuff beneath the surface of things,” Hanke told The Associated Press in a 2013 interview. A Niantic spokesman said Hanke was too busy working on “Pokemon Go” to comment for this story.

Hanke was ready to found his own independent startup until Google co-founder Larry Page persuaded him he could keep Niantic within the internet’s most powerful company.

In 2014, Niantic set out to turn Google’s Pokemon joke into a breakthrough for augmented reality – a still-nascent field that involves layering digital images onto homes, offices, streets, parks and other real-life settings. In the case of “Pokemon Go,” this involves smartphone cameras and GPS technology that can project cute and creepy “pocket monsters,” or Pokemon, into the real world, at least as viewed through a phone’s screen.

It helped that Niantic had already built a technological foundation for “Pokemon Go” via an earlier mobile game called “Ingress.” The science-fiction game requires players to visit real-world landmarks and other locations to acquire weapons and gear necessary to gain points, acquire territory and battle an opposing faction.

“Ingress” has been downloaded more than 12 million times. It has such a devoted following that Hanke spent a week in Japan earlier this month to attend a live “Ingress” event in Tokyo – just as the rest of his team was struggling to keep up with the intense demand for “Pokemon Go.”

Niantic’s negotiations for the rights to use the Pokemon characters got a boost from the fact that Pokemon Co. CEO Tsunekazu Ishihara was himself a fan of “Ingress.” Ishihara’s company, originally named Pokemon Center, manages a sprawling franchise that included games, TV shows and movies essentially the entire cultural sensation created by childhood insect collector Satoshi Tajiri in conjunction with Nintendo.